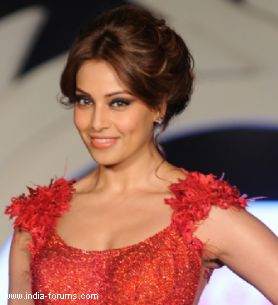 Actress Bipasha Basu was moved to tears while watching current beau Harman Baweja's performance in "Dishkiyaoon". She says she finds him "endearing" in the film.

The actress was spotted with Harman at the special screening of the film here Tuesday.

Asked to comment on his work in the film, she said: "I am really touched with Harman's performance. After the interval, I had little bit of tears in my eyes."

After delivering box office duds like "What's Your Raashee?", "Victory" and "Love Story 2050", Harman is hopeful that "Dishkiyaoon" brings his career on the right track. He dons a well-toned fresh look in the film.

Lauding his confidence, Bipasha said: "When you are an actor it is very difficult to move away from the profession that you love so much and to completely remould yourself, project yourself and comeback with a completely fresh look which is so endearing."

Produced by Shilpa Shetty and Raj Kundra's home production, "Dishkiyaoon" features Harman as the protagonist, Vicky Kartoos, who makes his way to the top, in the uncertain world of gangsters.

Bipasha also praised the film and said: "It's fantastic. It's a great film as it is entertaining and it is for the intelligent audience as it is a tricky film."

"Dishkiyaoon" will hit the theatres Friday.

Harman Baweja ties the knot with Sasha Ramchandani; pics inside