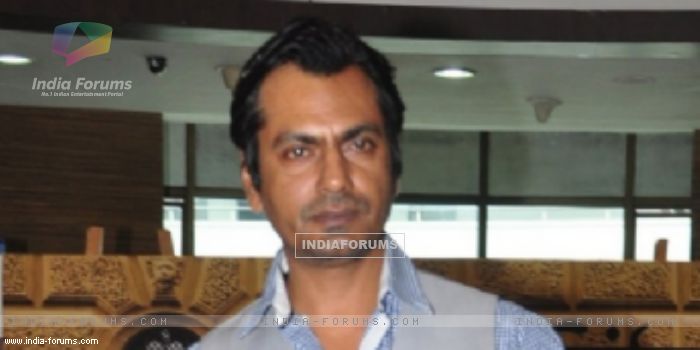 Actor Nawazuddin Siddiqui, who features in Sridevi-starrer "Mom", says he is all for women-oriented movies.

In recent times, there has been a shift from male-centric movies to those like "Mary Kom", "Kahaani" and "Dangal", about strong women protagonists. "Mom" is going to get added to the list with Sridevi essaying a powerful role.

"I am in favour of women-oriented films because women are taking the lead in every field -- be it education, science or sports. This change should be welcomed by all," Nawazuddin told IANS here.

"It is very important to portray a woman's individuality. Till now, women were used as objects (in movies), but now movies are being made on them," added the actor, who had also played a strict investigative officer in the Vidya Balan-starrer "Kahaani".

The 43-year-old actor believes that women are equal to men, and the rise in women-oriented films is a step in the right direction for the film industry.

Having worked with Sridevi, he is in awe of how "dignified and disciplined" she is while working on the sets.

"She was doing this film like it was her first film," he said as he couldn't stop showering praise on the evergreen beauty.

Nawazuddin will also be seen in "Munna Michael" with Tiger Shroff.

Talking about it, he said: "I am doing the role of a dancer. In real life, I am not a dancer and afraid of dancing... Dancing with Tiger... Woh toh saari cheezein hilla deta hai (he can move everything). I can't even imagine dancing in front of Tiger. It was our director Sabbir Khan's wish that I would perform a dance, so I did."

Apart from these, Nawazuddin will be seen bringing the life of illustrious author-playwright Saadat Hasan Manto to the silver screen through filmmaker Nandita Das's project titled "Manto". He also has the rustic tale "Babumoshai Bandookbaaz" in the offing.