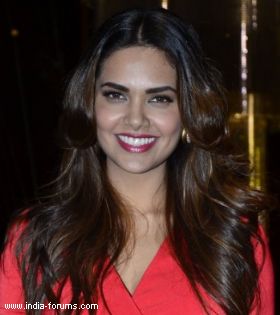 Esha Gupta, who was recently reported as having said that she warned her family not to watch her film "Humshakals" as they won't be able to bear it, said she was misquoted.

"I have been misquoted. I did tell my father not to watch 'Humshakals' because 'Chakravyuh' was his favourite film as he is from the defence background," the 28-year-old said here Thursday at the premiere of "Lekar Hum Deewana Dil".

"I am still with 'Humshakals' and have not disowned it. I am very proud and happy that I did the film. Next time Sajid (Khan) will do even better," she added.

Bipasha Basu, another actress in the film, had dissociated herself from "Humshakals" even before its release as she was unhappy with the way her role shaped up.

Esha's statement had created quite a furore.

"Humshakals" received bad reviews from critics but still managed to do good business.