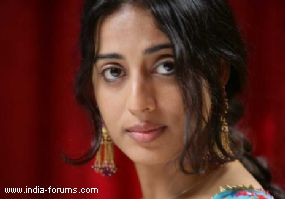 New Delhi, Sep 26 Mahie Gill is looking for an image makeover -- so far she has played intense roles, but now the actress wants to try out a typical masala movie or a comedy.

'I want to explore myself. I want to do a comedy or a masala film. In this profession, you get to play so many roles, you get to travel so much, you get to meet different kind of people,' Mahie told IANS.

Although the actress, who forayed into Bollywood with 'Dev D', says she is happy with the way her career has shaped up but added: 'Everything has been very interesting and exciting, but it has not been easy though. The kind of work I was expecting after 'Dev D' and 'Gulaal', I didn't get the kind of work I wanted to do.'

'After 'Dev D' people started portraying me as a bold actor - whatever offer I got, I didn't go for it. I was getting commercial films, but the roles I wanted to do, I was not getting it. Every role wanted me to be bold,' added Mahie who also features in 'Pan Singh Tomar'.

She will next be seen in Tigmanshu Dhulia's 'Saheb Biwi Aur Gangster', which also stars Jimmy Shergill and Randeep Hooda.