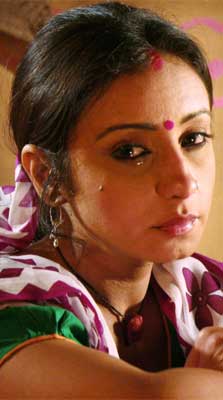 
Along with the big screen Divya has also worked for the popular daily soap of the small screen "shanno ki shadi" and has also been a part of many reality shows. Not only is Divya a versatile actor but she has also done dubbing for many actresses. She did the dubbing for Lisa Ray for the movie "Kasoor"   in 2001.


Soon a new movie of Divya "Life express-The Story of a Surrogate Mother" is on its way to be released. Here are some excerpts of the talks with Divya about this movie-


What is the movie all about?

The movie "Life Express" is about an urbanised educated couple Nikhil and Tanvi who are living their lives successfully in this fast moving world. Both of them are so busy with their professional lives, that they don't even have time for each other.  They crave for a baby but none has time for it, but still Tanvi gets pregnant. Coincidentally, at the same time she gets a golden chance for promotion in her field of work. So she gets the child aborted without the knowledge of her husband.

In such a stressful situation and due to lack of time the couple decides to take on a woman to be their surrogate.


What is your role in the movie?

I'm playing the part of Gauri , who is living a life of extreme poverty with her husband far away from the hustle and bustle of the city. I act as that mother, who bears someone else's child in her womb.


This is the first movie of director Anoop Das. How has been the experience of working with him?

On watching the movie, one won't feel like this is his first movie. Director Anoop Das has very skillfully presented this reality of life in his movie and the movie would indeed touch the hearts of people.


As a woman, what are your views about being a surrogate mother?  Can a true and genuine relation exist between a mother and child this way?

I feel if the mother is not capable of bearing a child, then there is no harm in adopting a surrogate mother.  And as far as the feeling of love between the mother and child is concerned, then only giving birth to a child doesn't make a mother of a woman. Bringing up the child with love and care is equally important.


Do you think the audience would like the movie?

I feel the viewers would appreciate the movie as it is very much relevant in today's times. It is very emotional at the same time and everyone has worked quite well.