With so many musical reality shows coming up, many reputed singers get roped in as either judges or as participants, just as it happened with Suresh Wadkar - a renowned name from bollywood music. SaReGaMaPa announced him as the fellow judge with Sonu Nigam for their new season “Lil Champs” and Jhoom India in turn roped him as the mentor-contestant-partner for tele actress Sweta Tiwari. 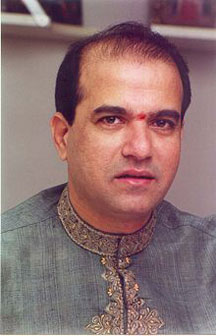 Featured Video
In Jhoom India, Suresh Wadkar was the mentor of Sweta Tiwari. He always had very high opinion about Sweta’s singing capability and both together entertained viewers with some really good performances. Unfortunately after few rounds, this Jodi got eliminated. Even though the show had its wild card round recently, he opted out of it, and Mika replaced him as Sweta’s partner. Was there some particular reason behind it? He laugh’s it off saying, “No, nothing as dramatic as being presented. I was getting busy every passing week with SaReGaMaPa, and then the timings of the two shows started to clash. So I opted out from this wild card round.” And what made him take part in the show in the first place? “My whole life went off in doing riyaaz, so thought how about doing some masti now”, came the prompt reply.

He is doing a wonderful job as the judge in L'il Champs. His experience as a music teacher is being used by the contestants, something that may prove highly beneficial for them in the coming years. He makes sure to take some time out of his busy schedule of running his own Gurukul, to guide the kids.

And his main advice for them is - “One point I make sure to give, to not just these contestants but all the kids who are learning classical. Do “Kharaj ka Riyaaz” a lot as that will make you a singer par excellence.” What does he feel about the contestants? “What do I say about them? Some of them sing more like adults. They are such talented ones and I can say with guarantee that few of these kids will make a mark in music industry for sure.” There is lot of controversy among viewers on the disparity on the ratings by the judges and he tried to clear even that. “Viewers get to know only about the grades. Two participants may get “A” grade, but in their individual total there could be a big difference. Similarly just a difference of one or two marks in the total, the two judges can have different grade for the same participant.”

Everyone is liking this new knowledgeable, but simple down to earth judge in the L'il Champs, who makes sure to have fun with the little contestants and also pass the right advise at the right time. His association with this show is not new and he is happy to be back here again. “These shows give a platform to the talented ones who don’t get the scope to do so. I have always advocated such shows”, is what he has to say about reality music shows. We hope to see him more in such shows, as it is maestro’s like him who make a difference to these shows and help maintain the dignity and high quality of such shows.

+ 3
14 years ago He is absolutely fabtastic.. his comments are so meaningful..he humility, respect all is just worth watching. He is the best judge for kids show as he has spent his life in training kids in music.