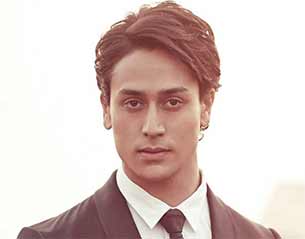 "I don't have birthday plans. I don't celebrate it. I just don't like celebrating my birthday," said the actor who will make his big screen debut with "Heropanti", being made by Sajid Nadiadwala.

He added: "According to me, it's not a great accomplishment to become a year older. On the contrary, I'm reminded that I've lost one year of my precious life. What's there to celebrate?"

Remind him that most people love their birthdays and Tiger quipped: "In that case I guess I am not normal. I did all my normal stuff on my birthday, like physical training, dancing, stunts practice and going to the gym."

Tiger's birthday was Sunday and his mother Ayesha says her austere son was gifted his favourite food on the occasion.

"Tiger was working on his birthday. And he doesn't believe in celebrating birthdays. So I gave him a jar of his favourite peanut butter. He has earned himself that treat," said Ayesha.