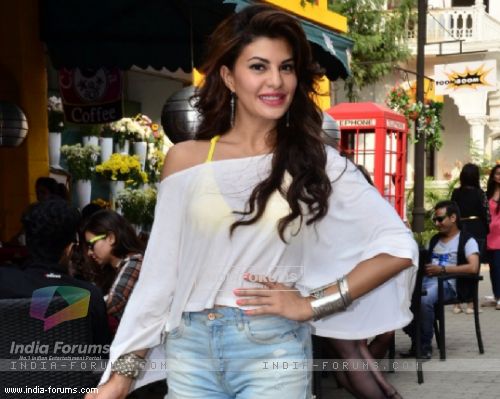 B-town's current hot favorite, Jacqueline Fernandes is all set to romance not one but two hunks, Arjun Rampal and Ranbir Kapoor, in her upcoming film Roy. India-Forums chats up with the Sri Lankan beauty on life after Kick, the special 'S' factor and much more.

Has life changed after the success of Kick?

Definitely!! After I signed Kick there was a certain shift in people's attitude towards me. When Kick became a hit, it was like my career had been re-launched.

How was it working with Ranbir Kapoor and Arjun Rampal?

I never met Ranbir till we started shooting. Ranbir was always on his phone between the shots and during the breaks, and then one day I saw his phone and saw that he was playing candy crush!! Till that time I had this impression of him being very serious, engrossed in work but after that moment I realized he is not that serious as he comes out to be. During the course of the shooting we became more comfortable with each other. He is a respectful, sincere and professional person. He is always punctual. He doesn't have any attitude. Arjun is full of positive energy. Arjun is very friendly.  He helped me a lot as an actor since we used to rehearse and he used to give me suggestions for improvement. Both of them have done so many movies, working with them was a good experience for me. At some level, I felt like a newcomer in comparison to both of them. 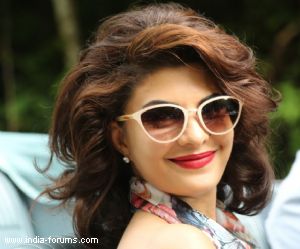 You played a double role for the first time. How challenging it was?

In my head, I treat it as if I am doing two different movies. Both the characters Tia and Ayesha have completely different looks and also they are paired opposite different actors. It actually worked for me.

Tell us more about your roles and whom do you relate to most?

Tia is an extremely rich and glamorous lady who has certain mystery around her. She is a loner and art collector. She doesn't speak much. Tia has a beautiful role because it is little unrealistic. Ayesha is an art director who follows her dreams. Ayesha is passionate and wants to make a name for herself in her career.  Like most girls nowadays, even Ayesha is fearless who speaks up for herself. Ayesha is more realistic with whom I can relate most. It also helps that, Ayesha and me are in the same profession so I understand her struggles and dreams.

Which is your favourite song in the movie?

'Chittiyan Kalayiaan' is one of my favorite songs in the movie. Though the Punjabi lyrics were bit difficult for me to memorize but this is the first song in my career which has been picturized entirely on me, so it's special. 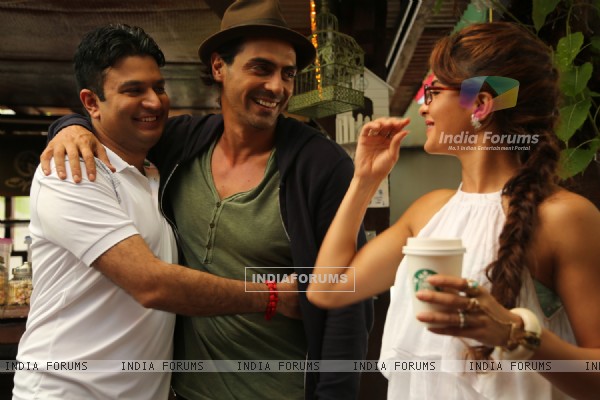 Do you think 'Roy' has given you the opportunity to highlight the actress in you?

While shooting for Kick, I was nervous since I was acting opposite none other than Salman Khan! I lacked the confidence as a performer or actor that time. 'Roy' is more challenging because of the dialogues. Our director Vicky made it in sync-sound so it was all the more difficult for me to get the Hindi diction proper for both my characters. Funny thing is, after the success of Kick, my confidenve was much better, which helped me a lot. I became lot more open and honest to myself and my directors. When you are confident about the role, you tend to give back more.

You worked with Salman in 'Kick' and now Ranbir in 'Roy' and Akshay Kumar in 'Brothers', what you like most about them?

I worked with Akshay earlier but not opposite him. He is light and fun to work with. The best of part of working with Akshay is that he wraps up the shoot fast and you know that you will be going home early. Ranbir mostly keeps to himself but when in front of camera, all his energy comes out through his performance which is an amazing sight to see. Salman is very inspiring. Just to see him as a person, how much hard work he puts in, is stimulating.  I aspire to be like him.

What role does Salman have in your career decisions?

I don't know if he is my Godfather or no, but he has been very very lucky for me! He genuinely supported me and he believed in me and gave me lot of confidence. By signing me for Kick, promoting me he has shown his faith in me. I owe him a lot for this.

Do you take his advice before signing any new project?

I do talk to him, I talk to Nadiadwala (Sajid), I talk to Sonam (Kapoor) and Sujoy (Ghosh). So you can see these 'S' factors are very important in my life!!