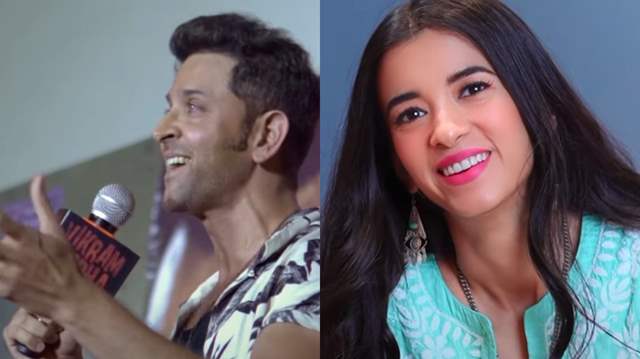 Hrithik Roshan and Saif Ali Khan starrer 'Vikram Vedha' is one of the most anticipated films of the year. The movie's trailer released a week ago and has since gained widespread attention. Hrithik uploaded a video of the trailer premiere day because he was so moved by the outpouring of support.

Taking to his social media account, the Agneepath actor penned a lovely note for the same. He also penned a gratitude note, while sharing the video. He wrote,

“To be surrounded by all your love is truly a blessing! Thank you to all you beautiful people for attending the #VikramVedhaTrailer preview and empowering us with your love & cheer. ♥️”

Speaking of Vikram Vedha, Saif Ali Khan co-stars with Hrithik Roshan in the Pushkar-Gayathri-directed movie. It is a remake of a popular Tamil movie with the same name. Saif portrays the strong cop Vikram, and Hrithik plays the notorious thug Vedha. One would undoubtedly experience goosebumps watching the action scenes and listening to the background music as Hrithik and Saif face off against each other.

For the unversed, the original movie, in which R Madhavan and Vijay Sethupathi appeared, was a huge success.

The original's director Pushkar and co-writer Gayatri say they don't feel under any pressure to make the movie a certain manner.

Gayatri also added that they were brought on board to recreate the elements that made the original so successful. Reportedly, Hrithik and Saif have delivered a much larger scale project compared to the original. The film is all set to hit the theatres on September 30th.