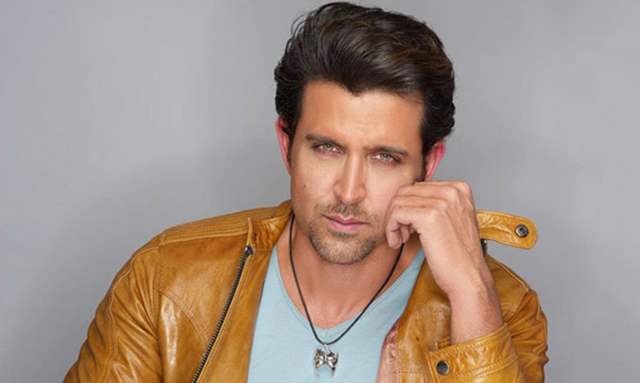 Actor Hrithik Roshan is one of the talented actors in Bollywood and despite being a star kid, the actor has worked his way to the top. Hrithik has often impressed his fans with his new projects and he has finally kicked off the shoot for his upcoming film. The 47-year-old actor made his debut with Rakesh Roshan’s superhit film Kaho Naa... Pyaar Hai in 2000.

Hrithik carved a special place for himself in the hearts of the audience. However, there is a lot of history involved as to how the actor went on to receive his first film. According to famous celebrity photographer Dabboo Ratnani, Hrithik got a role in the film because of his photography.

In an interview with SpotboyE, Ratnani revealed that his pictures encouraged Hrithik's father, filmmaker Rakesh Roshan, to launch him as an actor in the film industry.

He said, "With everybody, it's true you have to create a vibe, but it all happens with how you behave at the shoot. For me, they are friends. I don't go with the mental space that I'm starstruck. It's more about being honest."

Dabboo Ratnani added, "Hrithik had told me this once... And I shot Hrithik's first portfolio, before Kaho Naa... Pyaar Hai. He got the movie because of my portfolio. His dad actually called me and said 'aapki photos dekhi maine (I saw your photos) and I've decided to make a movie with my son.' He told me always stay honest with people. From that time till now, our last shoot together, him and all these actors who've been in the film industry know when someone is fake."

On the work front, Hrithik Roshan was last seen in Siddharth Anand's blockbuster hit War. Next, he will be seen in Fighter co-starring Deepika Padukone which is also directed by Siddharth.

Meanwhile, the celebrity photographer Dabboo Ratnani is currently gearing up for the launch of his 2021 edition of his annual calendar. It will host pictures of some of the biggest actors in the industry that will feature the likes of Alia Bhatt, Vijay Deverakonda, Sunny Leone, Kiara Advani, Saif Ali Khan and others.