Harshad Chopra, the blue-eyed boy of Ekta Kapoor will be out of Kis Desh Main Hai Meraa Dil, the show which made him very popular amongst masses!! 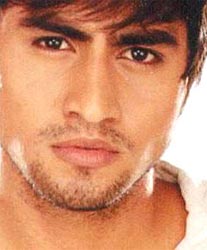 Featured Video
After being replaced in Ekta’s Mahaabhaarat by Sid Makkar, Harshad aka Prem Joneja will soon meet with his end in the Star Plus serial. Confirming this news to Telly Buzz, is Vikas Goopta, Creative Head, Balaji Telefilms, “Prem will die in course of time in Kis Desh Main and then we will be focusing on Heer’s future. Whether Heer will get another Prem in her life is something to be watched for”.

As far as Harshad’s future is concerned, Vikas says, “Ekta has big plans of casting him in her new big project”.

As of now, the story focuses on the past life of Prem wherein he had a very close friend Sanjana who eventually met with her death for which Prem finds himself guilty. Sanjana and Prem were college mates, much like Rahul and Anjali of Kuch Kuch Hota Hai...

Well, wonder what will happen to the TRPs of the show after the very much-loved Jodi of Prem and Heer meets with an abrupt end!!!

senha 13 years ago i really like u harshad as a prem...ur acting,ur style,ur smile evrything swty....i want 2 meet u in mah lyf or want 2 chat wid u.....nd if u also wanna meet wid me or chat wid me plz telme i m dieing here 2 meet u

naiha_diamond 13 years ago i am really dissappointed i am so shocked that i have no words to say anything i am very forlon about astonishing news plzzzzzzzzz ekta dont do this ........ plz prem stay in serial bc u r mindblowing and u has won our hearts plzzzzzzzz

vinit_friends 13 years ago what a stupidity done by creatives ...
they better re think this .. or else good luck to them and their show .. right?
cuz we know harshad (prem ) is gona in rock whatever he will do ...

+ 4
13 years ago I really feel bad that Harshad is leaving KDMHMD.