View Profile
Rajeev Khandelwal is back! He will be starring in Neeraj Gosh's Soundtrack, a film which focuses on the troubles an artiste has to face in order to make a name for himself. Co-starring alongside Rajeev are actresses Soha Ali Khan and Mrinalini Sharma. 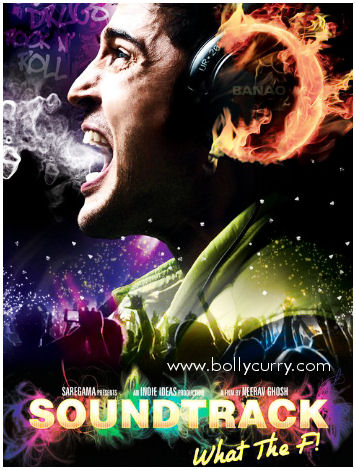 Rajeev plays a small town young man who comes to Mumbai with a dream to become a music composer for mainstream Indian films. He starts out with a job as a DJ at the most happening night club in the city, Tango Charlie, before he slowly becomes the coolest and most loved DJ in town, living his dream without achieving anything else.
As time passes, he finds he does not want to remain the 'cool' and 'happening' DJ and when a well-known film maker finally gives him the chance to compose music for an upcoming film, his character finally gets his big break.
Just as quickly as he gets this break, everything is taken away from him. Due to over exposure to loud noise, he loses his hearing and consequently all his dreams are crushed. Separating himself from the colorful world he used to live in, he meets the character played by Soha in a lonesome and dark place. Soha's character is someone who lives life to the fullest despite being deaf.

Together, he slowly learns how to continue his communication and she helps him pick up the pieces of the life that he left behind after his loss. He takes up kathak dancing as an experiment when he discovers he can feel the vibrations from the music while performing. While he may not be able to hear music, he can still feel it.

The movie focuses on whether the main character is able to get his big break in the music industry through his feelings, despite his disability. Base on a true story, the film is set to release on August 12th.

Be sure to catch what is surely to be an inspirational film in theatres, and feel the emotions and true love that an artiste has despite losing everything.

Kangana Ranaut is in Awe of Yogi Adityanath; Applauds his ...
24 minutes ago

Farhan Akhtar is excited to kick-off the opening match of ...
31 minutes ago

Arjun Bijlani on music video with Reem Shaikh: I feel Ishq ...
51 minutes ago