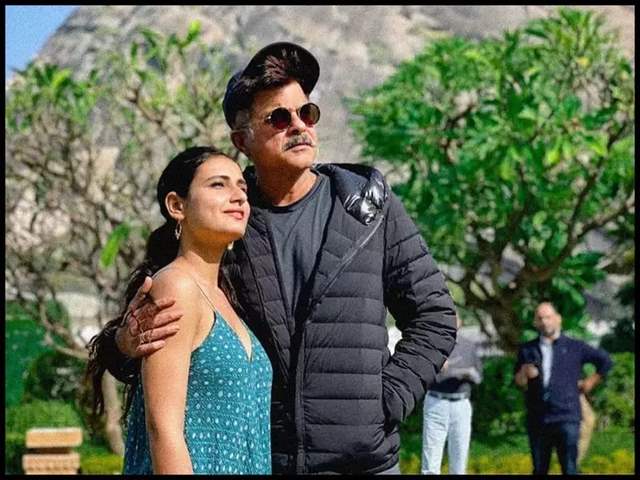 Fatima Sana Shaikh had two festival releases last year which were both loved by audiences and critics alike. Also Fatima on her birthday shared with her fans how she was happy to have a working birthday and video ended up revealing that Anil Kapoor was on the sets too. This dropped a hint that Anil Kapoor and Fatima are working together for a project and now a close source has revealed that Fatima is feeling extremely happy to work with him.

A source close to the project has shared,

Fatima has been enjoying Anil Kapoor's company. She feels she is learning a lot and still has a long way to go, from someone who has been in the industry for almost 3 decades. His energy and dedication is infectious for the young star as she is in awe of Anil sir's work ethic and finess which in turn has inspired Fatima to up her fitness game and dedication towards her craft. Anil Kapoor at his age is a real inspiration for her as she still has a lot to learn from her co-star.

From the likes of it, looks like Fatima is very happy to be working with Mr. Kapoor.

The source further shared that for someone as talented as Fatima , working with a senior actor with a career like that of Anil Kapoor is truly a blessing and the actress is surely enjoying learning a trick or two from Bollywood's Mr. India about acting.

Having played varied characters in all her movies so far, Fatima has good mixture of natural talent and dedication to learn new things. She has taken on quite a new avatar and it needs to be seen which avatar is next in line as she makes sure her next project is a hush. She was last seen in Ludo and gave an outstanding performance in the ensemble cast filled project.

Her versatility has been at the center of all the praises that she has received. With Suraj Pe Mangal Bhari she was seen in yet another avatar which contrasted with her Dangal avatar and she was simply stunning in both further proving the point how easy she finds it to play contrasting characters.

She will be seen next with Anil Kapoor in a film that is yet to be titled!