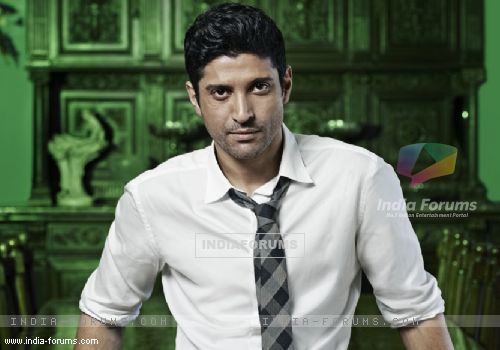 Farhan Akhtar advocated gender equality during his special cameo appearance in "Dil Dhadakne Do". The actor got on board for Zoya Akhtar's family drama as the role was in tandem with his Men Against Rape and Discrimination (MARD) campaign.

"'Dil Dhadakne Do' subtly addresses gender equality. The message of the film is something Farhan strongly believes in because of which he was keen to be part of the film," said Farhan's spokesperson in a statement.

The 41-year-old actor, who essayed a journalist in the film, had a short yet impactful role.

The versatile star has represented the voice of numerous concerned men on the important issue of gender equality and violence against women and girls in India through his MARD campaign.

When Zoya Akhtar narrated Farhan's character to him, he really liked it. Even though it was small, he decided to take it up. He strongly felt that the character voices the ideology of MARD, a platform created by Farhan that is about gender equality, read a statement.

"Dil Dhadakne Do" also features actors like Anil Kapoor, Ranveer Singh, Anushka Sharma and Shefali Shah, and talks about a dysfunctional Punjabi family and how they discover love and friendship during a cruise across the Mediterranean. The film released on June 5.