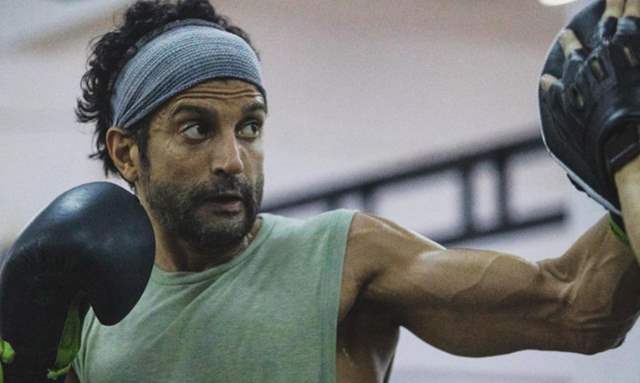 This is no secret that every project that Farhan Akhtar has ever worked on has turned out to be simply amazing. The character he plays, the storyline of all the films have always been amazing and the actor has aced every role, effortlessly. Farhan is all set to bring 'Toofaan' where the audiences will witness a brand new avatar of Farhan where he is essaying the role of a boxer.

The actor was quizzed about the success or failure of a film and Farhan says, "I think that’s not for me to decide, it’s for the people who watch my work."

Throwing some light on how the actor aces all the roles, Farhan adds, "So at the end of the day I’m very passionate about everything I do, and I’m grateful I’ve got to do so much".

Farhan has given his all this time for his upcoming release with preparations that have already gotten everyone excited. The actor had even faced some injuries but these just made him stronger because Farhan is extremely passionate about everything he does. The actor always gives his all and the end results always have the audiences gushing over him and his stellar performances.

Farhan's poster release of Toofaan made waves across and had all the fans gushing over the actor's physique. Farhan will be seen next essaying the role of a boxer in his upcoming Toofaan. The film is produced by Excel Entertainment and will be releasing on 2nd October 2020.

exclusive
Exclusive Daya Shanker Pandey on What Excites Him Even After Two ...
18 minutes ago