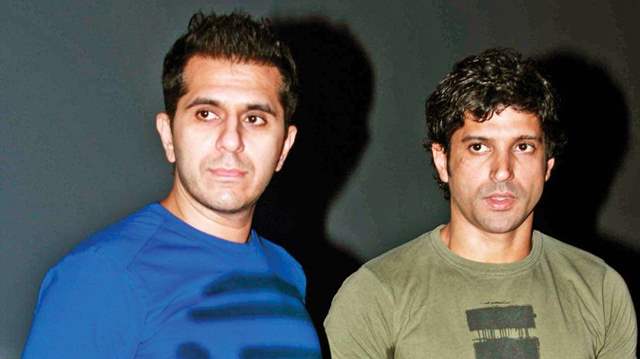 Excel Entertainment, run by Farhan Akhtar and Ritesh Sidhwani, is in trouble. The Film Studios Setting & Allied Mazdoor Union (FSSAMU) accused Excel Entertainment publicly on Monday of failing to pay 300 daily-wage employees who were part of the production design team for "Mirzapur 3" their dues. The union asserted that the production company owes them Rs 20–25 lakh in unpaid wages since May 2022, despite the fact that the employees had continued to work on the web series sets.

As per media reports, the employees kept working while the web series was being filmed in several studios in Mumbai and Benares. According to a letter purportedly written by FSSAMU to the media, the employees are required to work longer hours than are permitted under the terms of the labour legislation. They are allegedly not given good quality food or enough seating on set, according to the complaint. According to the general secretary of FSSAMU, they have already written three letters to Excel Entertainment.

He continued by saying that it has been more than three months since the Mirzapur 3 sets' approximately 300 daily wage workers received payment for their job. The production house didn't respond, but after the letter to the media was published, the production house got in touch with them and said it will pay the debt within 48 hours.

Post this, Excel Entertainment issued a statement reading, “This is the first time we are being made aware about such a complaint raised by the union. We would like to further [state] that the FSSAMU has not reached out to Excel through letters, e-mails or phone calls. Excel currently has seven to eight projects under production, and none of these projects have any non-payment-related issues. For the past 22 years of us being in the business, we have never come across any non-payment complaints. Excel has a strict payment compliance policy whereby we directly make payments to daily-wage workers and not to any union. We will investigate this matter from our end. We would like to mention that Excel enjoys a stellar reputation in the industry for treating all collaborators with equal respect and dignity.”