Season 3 of Sony's Jhalak Dikhhla Jaa has a good varied mix when it comes to the celebrities taking part in the show!! The season has taken off on a good note, but the international fans of popular contestants are upset with the voting format as it does not allow them to vote for their favorite. 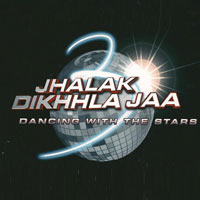 Featured Video
According to our source, "The channel and the production house have been receiving innumerable requests in form of fan mails and calls asking them to give the international viewers an opportunity to cast votes. Their inability to vote is in a way holding them back and they are livid with the situation".

"Contestants like Ram Kapoor, Hard Kaur, Karan Singh Grover, Parul Chauhan and many others have a huge fan following outside India, and fans from all over have been extremely disappointed by the move taken by the channel regarding the voting system", our source explains further.

Our source informs us that, "The channel and the production house BBC are aware of the situation and they are actually contemplating on this. But nothing has been decided yet".

If sources are to be believed, we might see international voting too as the show goes on, but whether it will happen or not, only time will tell!!

We tried contacting an official in BBC, who asked us to talk to the channel. When we called Sony for more info on this, they were not ready to comment.

As of now, the voting is restricted only to India and that too only thro' landlines and mobile. Even the online voting facility has not been provided for viewers in India.

Will the wishes of international fans be granted or not, is the million dollar question now!!

13 years ago i wish they would allow it thru internet..
whats the harm?

prings 13 years ago hey, karan u dance very well. u just sizzle the dance floor .u will only win jhalak ur fans ensure u this. ok byeeeeeeeee

13 years ago i wish i could vote here in the u.k!
love karan!

sarah22 13 years ago karan is the best! vote for karan! karan is so handsome!

WE LUV U KARAN MUHHHHHHHHAAAAA

...suhani... 13 years ago Hope they change the system soon! Would really like to vote!!!