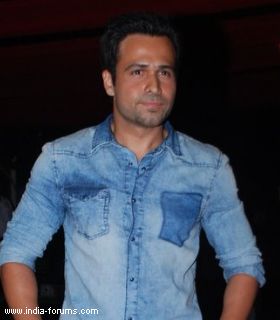 Actor Emraan Hashmi's last two experimental films "Ek Thi Daayan" and "Ghanchakkar" didn't go down well with his fans. However, he does not regret doing them.

He feels as an actor it is necessary to move away from one's comfort level.

"For any actor, doing experiments is important. I don't regret the films I have done. If I had it my way, I would still do 'Ek Thi Daayan' and would do a "Ghanchakkar," the 35-year-old said here Friday during the trailer launch of his upcoming film "Raja Natwarlal", where he will be seen as a conman.

"It is very important to divert from what you are doing just to stretch your creative skills and when you come back to your traditional path - the path you are known for - then you bring a new colour to your performance and characters," he added.

Emraan, who is known for romantic and masala entertainers, chose to go experimental with films like "Ek Thi Daayan" and "Ghanchakkar", that neither struck the right chords among the audiences nor set the cash registers ringing at the box office.

However, he says he is back to the genre he is known for with "Raja Natwarlal" and dedicates the film to his fans.

"I think my fans are also bit angry with me as in the last year I have done quite a lot of experiments on screen. So this film is, kind of, dedicated to them," said the actor who has earlier featured in films like "Jannat", "Jannat 2" and "The Dirty Picture".

"It is (like coming back to the basics. It is the Emraan Hashmi they missed over the past year," he added.