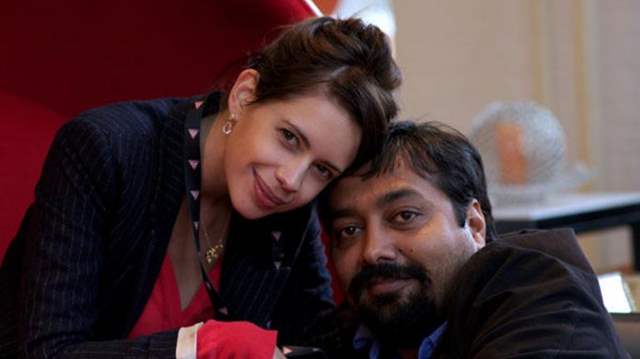 Filmmaker Anurag Kashyap may have been mired in big trouble after MeToo allegations levelled against him by actress Payal Ghosh, but the unwavering support he has been receiving from his friends and family in the industry is noteworthy.

Actress Payal Ghosh accused Anurag Kashyap of sexual misconduct and alleged that the filmmaker forced himself on her. Payal's shocking revelation has stirred up a storm on social media. However, the actress' allegations are rejected by Anurag's ex wife Kalki Koechlin.

Kalki Koechlin, who was married to Kashyap has come out in support of him and penned a message as she sides with him. The two fell in love during the making of Dev D (2008), married in 2011, and divorced in 2015.

"Dear Anurag Don't let this social media circus get to you, you have fought for the freedom of women in your scripts, you've defended their integrity in your professional space as well as in your personal life. I have been witness to it, in the personal and professional space you have always seen me as your equal, you have stood up for my integrity even after our divorce, and you have supported me when I felt unsafe in a work environment even before we got together. This strange time where everyone gets to abuse one another and make false claims without any repercussions is a dangerous and repulsive one. It is destroying families, friends and countries. But there is a place of dignity that exists beyond this virtual blood bath, a place of paying attention to the needs of those around you, a place of being kind even when no one is looking, and I know you are very familiar with that place. Hang on to that dignity, stay strong and keep doing the work you do. Love from an ex wife.

Besides Kalki, Anurag Kashyap's first wife Arti Bajaj too has lent her support amid the MeToo row. She labelled the allegations as the 'cheapest stint' as she wrote a  message for her ex husband.

Check out her message here:

While Anurag has denied all the allegations of sexual assault, his colleagues and female actors who have worked with him in the past have stood in support of him. Actors like Taapsee Pannu, Radhika Apte among others took to social media to show their support.

Meanwhile, the National Commission of Women has responded to the allegations made by Payal Ghosh and asked her to file a detailed complaint.