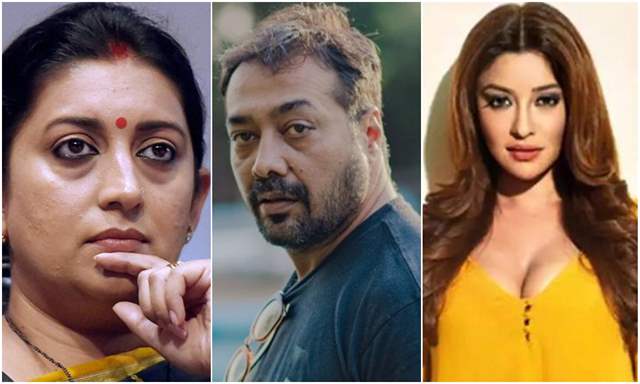 Filmmaker Anurag Kashyap was accused of sexual misconduct by actress Payal Ghosh. This comes as a shock, and has left the industry divided in opinion.

Taking to her official Twitter handle, Payal accused Anurag and tagged Prime Minister Narendra Modi to take action in this case. She wrote:

Speaking to Republic TV, Smriti Irani said that the NCW has already issued a statement on the matter. “I am in a Constitutional position that oversees the National Commission for Women. NCW has made a public statement, hence it will be inappropriate for me to digress and get into their constitutional area about how they want to go ahead with a particular case" she said.

In a tweet, the NCW asserted that it will look into the allegations made by Payal Ghosh and asked the actress to file a detailed complaint as well. Chairperson Rekha Sharma said in a statement that the NCW will support Payal.

Meanwhile, Anurag Kashyap's lawyer has issued a press statement and denied the allegations levelled against him.The statement reads: ‘My client, Anurag Kashyap, has been deeply pained by the false allegations of sexual misconduct that have recently surfaced against him. These allegations are completely false, malicious and dishonest. It is sad that a social movement as important as the #metoo movement has been co-opted by vested interests and reduced to a mere tool for character assassination. Fictitious allegations of this nature seriously undermine the movement and seek to unconscionably trade upon the pain and trauma of actual victims of sexual harassment and abuse. My client has been advised about his rights and remedies in law and intends to pursue them to the fullest extent - Priyanka Khimani.”

Anurag has received support from his industry friends including Taapsee Pannu, Radhika Apte and others, along with his first wife Arti Bajaj who supported him too.