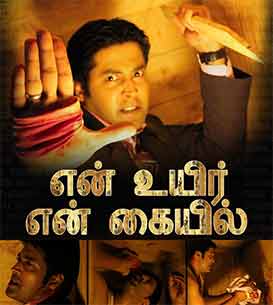 Upcoming Tamil thriller "En Uyir En Kayil" will feature only a single character throughout film, said its director Rahul Singh Khagwal, who believes the film's innovative theme will appeal to all sections of the audience.

"The film features only one character, played by Jai Akash, who gets trapped in a small box and doesn't know who put him there. The entire film is about his struggle to come out of the box. It's a unique concept and I'm sure it will appeal to the audience," Khagwal told IANS.

"I believe it will appeal to everybody and not just one section of the audience because it's about an individual's emotional struggle which everybody can relate with," he added.

The entire film, which is loosely based on Hollywood flick "Buried", was completely shot inside a box.

The film is getting ready for release soon.