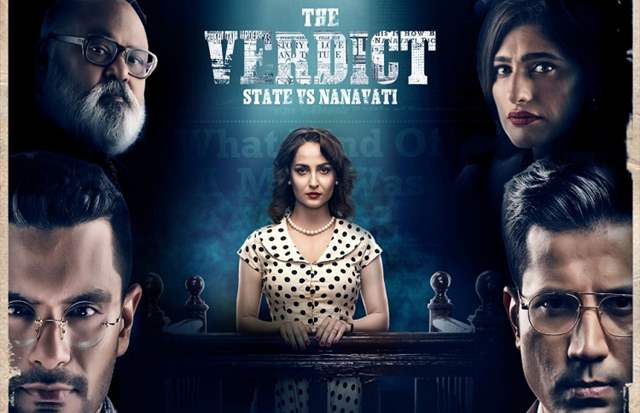 Content Czarina Ekta Kapoor is known for her bouquet of content across all platforms and one of her recently announced and yet to be released digital show ‘The Verdict State vs Nanavati’ has already captured the audience with its thrill quotient as it is based on true events and a historical judgement that became a landmark case.

The highly controversial case of 1959 where a Naval Commander K. M. Nanavati who killed his wife's lover, Prem Ahuja stays one of the landmark cases in the history of India. Content Czarina Ekta Kapoor who is known for her unique projects has made a series for her OTT platform, ALT Balaji where they have taken from actual facts and gone through deeper understanding to bring the reality to the audience.

Right from the Naval officer to the newspaper publisher, every character’s name and identity have not been changed to keep the authenticity of the case intact.

As seen in the trailer, the cast of the show is very vast and we can see a few details which were not known to many- bringing the controversy live on screens for the world to witness. From various readings together to the study of original documents, everything was undertaken by the makers to present an authentic case file for the audience.

Directed by Shashant Shah, the 10-episode series is based on the real-life incident of 1959 and follows the trial of naval officer KM Nanavati who shot three bullets from his revolver at a businessman and later confessed his crime to the police. Even after six decades the infamous story of K.M. Nanavati Vs. The state of Maharashtra is still one of the most sensational criminal cases in India and marks a landmark judgement in the history of India.

ALTBalaji's The Verdict - State Vs Nanavati will have a whole host of theatre veterans playing pivotal roles. Stay tuned for more information on that!