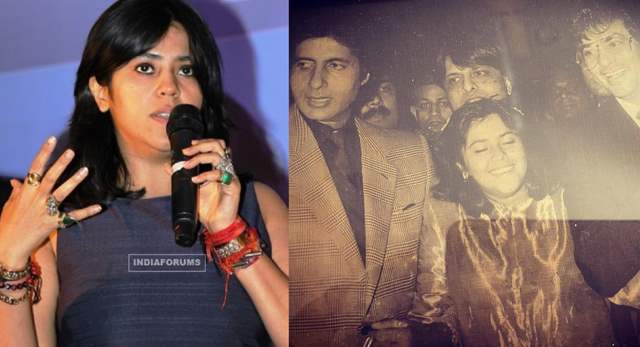 The film’s mahurat shot took place yesterday in Mumbai. While Rashmika started shooting for the film yesterday, Big B will be joining the shoot on 4th April.

Goodbye marks the reunion of Vikas Bahl and Ekta Kapoor, who have previously collaborated on critically acclaimed films like Lootera and Udta Punjab, both of which went onto become hugely acclaimed & loved films.

Goodbye is an extremely special subject which has emotion and entertainment in equal measure. It’s a story that every family will identify with. I am ecstatic to be working with Mr. Bachchan and thrilled to present Rashmika Mandanna in this beautiful film!

"It gives us immense pleasure to announce our next project ‘Goodbye’ that brings together the creative forces of Balaji Telefilms and filmmaker Vikas Bahl. The film is going to be as interesting as its title and we are deeply honoured to have superstar Amitabh Bachchan and Rashmika Mandanna onboard with us.”