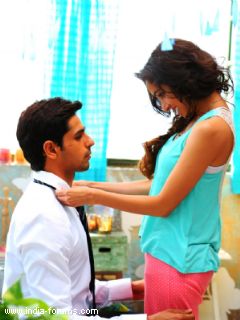 After Aashiqui 2, the soundtrack of Mohit Suri's Ek Villain is a national rage. Having bagged superlative reviews across the board, the album topped music charts instantly and is currently the top choice of Bollywood fans and music lovers the world over.

While the Ankit Tiwari-rendered Galliyan became an instant hit universally, the unplugged version by Shraddha Kapoor has the women floored. The album has the trademark Mithoon stamp, with three standout ballads composed and written by him - Banjaara by Mohd. Irfan, Zaroorat by Mustafa Zahid and Humdard by Arijit Singh. Pakistani band Soch make their Bollywood debut with the incredibly layered Awari, rendered by Adnan Dhool and Momina Mustehsan.

Music baron Bhushan Kumar says, "I am overwhelmed with the great response to the album. It has a long shelf life and universal appeal."

Mohit Suri says, "The huge expectations made me nervous. I'm glad that the assortment of love tracks has had such a sensational feedback."