Featured Video
When asked about how he happened to get once again a cult film like ‘Rock On’ Farahan says, “Actually the director Abhishek Kapoor came to my office, and he told me that I have a story and I want you to hear it, act in it and sing songs for it. Listening to this I said okay I would get a doctor too(laughs). Then, I heard the story I liked it. He was in talks with other people to produce the film so I told him that I would like to be associated with this film because the script is very special. May be I won’t be able to be a very good actor or singer as per your expectation".

Talking about his role in the film as Aditya Shroff –as a paradigm shift from ‘rockstar’ to a ‘investor banker’, he says “ten years back when Aditya was a part of a band no matter what, he would speak a specific type of language, write lyrics and do whatever he feels like. As the paradigm shifts from a rockstar to ‘investor broker’ apart from his job, he has to speak the language of his clients where he greets ‘Jai Shri Krishna’ to his client and mention ‘Namstey’ as a regard to his clients wife. Overall, earlier he was much about himself but now he has changed."

He further talks about he turned as a singer for the film, where he says that “Actually it was Abhishek who wanted that the main lead singer for this band will sing all the songs himself because, this made it more believable. You can see Arjun playing guitar,Purab on drums, Luke on keyboard and a singer who he is getting a voice over for singing then its believability would have affected. It was basically, so that it makes a real, sincere appeal to all the audiences. He also adds on that one should not limit their creative boundaries and remain tagged to one thing for rest of their life. But, at the same time it should be seen in doing that he does not embarrasses himself or his family.” 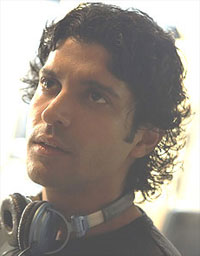 When asked how he identify himself with Aditya Shroff he laughs and mentions that, “I identify himself with rock star Aditya because, about 10-15years ago I heard an album which changed my life completely and I decided to become a rockstar. Ofcourse all that was a fantasy, but when I got a real opportunity in form of a film to concrete my dream, I opened my emotional suitcase and took out all the ideas I had, for performances, for band.”


Commenting on his recent fan following specially among girls Farhan says, “Well its not recent it has been since 8-10yrs back. When I was kid I was with my mother and my sister, then I got married and now I have two daughters. Before marriage, I had girl friends. So, women have always surrounded me. And may be they have a thinking about me that I am a very safe person because right from my childhood I have been around women and heavenly ,genuinely I have lot of respect for them in my heart  and, feel protective towards all women I know. And because you are like that, that may the reason you attract that kind of attention.”

Asking about how safe he feels about it, he responds very practical to it saying “It’s like if you respect your personal space other people will also respect it. Humans are very sensitive and things with which you are comfortable with you and things you don’t want to be with will not be around you. If you project yourself properly, then people can automatically sense it and start behaving in that way. My persona will be different for different times.”