Mumbai, Jan 11 (IANS) Director E. Niwas, who was out of circulation after his last film 'Bardasht' bombed at the box office, is back with 'My Name Is Anthony Gonsalves'.

For a change, the film has an original script and he describes it as a slice-of-life drama.

'It's about dreams and ambitions and a friendship between a film struggler, Nikhil Diwedi, and a much older man, a gangster played by Pavan Malhotra. These two opposites form the core of the plot,' Niwas told IANS.

After a slew of remakes, both 'Anthony Gonsalves' and Niwas' 'De Taali' are original scripts. 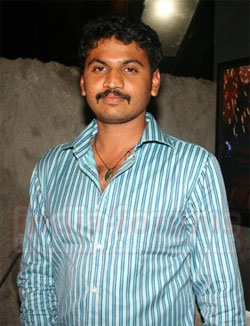 Featured Video
Ke Liye Kuch Bhi Karega' was taken from 'Fargo' and my 'Dum' was a remake of a Telugu film. But 'De Taali' and 'Anthony Gonsalves' are original works. I had to gain the confidence to do something that isn't inspired from other sources.'

Nikhil, who plays the title role, was Niwas' first and only choice.

'As for my leading lady Amrita Rao, everyone wants to know why I've changed her image to a glamorous one after her traditional role in 'Vivah'. But I always saw Amrita as glamorous. When I asked her to do an item song, she had no hesitation in getting into the groove.'

'Mithun Chakraborty, who plays a priest, never let us feel his seniority although Pavan Malhotra was a junior and Nikhil was a kid. Mithunda was one of us. He often had to wait for us on the sets. I needed this kind of support, considering I was stepping into production for the first time.'

Niwas, who was written off after 'Bardasht', starring Bobby Deol and Lara Dutt, says his luck changed after he married his sweetheart Priyanka last year.

'I got married a year back to Priyanka. It was a love marriage. After that I finished scripting two films. Then I approached Riteish Deshmukh who loved the script of the comedy 'De Taali'. I thought after 'Bardasht' he wouldn't want to work with me, but Riteish loved it. And he said he wanted to shoot immediately.'

Just 10 days after his marriage, Niwas was wielding the camera again.

'I had warned Riteish 'De Taali' would take time, that I'd do it between breaks for 'My Name Is Anthony Gonsalves', which was a big responsibility for me since I was producing, directing and launching a new boy, Nikhil. Riteish was game, and we completed 'De Taali' in between the schedules of 'Anthony Gonsalves'.' 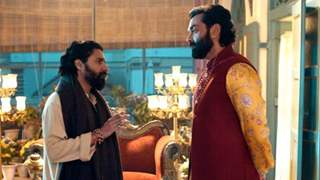