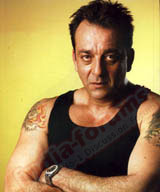 Mumbai, Oct 20 (IANS) Bollywood star Sanjay Dutt got a breather as 13 of the 100 accused in the March 1993 serial bombings were handed over the certified copies of their judgement by a special court here Saturday afternoon.

Dutt and his associates Kersi Adjania, Yusuf Nalwalla and Russi Mulla will get their copies of the judgement Monday.

He has been out on bail granted by the Supreme Court Aug 20 pending the receipt of a copy of the judgement.

On Tuesday, the members of the Memon family, former additional customs collector Somnath Thapa, Imtiaz Gawthe and some women convicts will get their copies.

Dutt, along with at least 13 other convicts, including some who are facing a death sentence, was summoned by the court and would have been required to surrender if he were given the judgement copy, running into a staggering 4,340 pages.

Two others on the death row - Yakub Memon, brother of absconding prime accused Tiger Memon, and Iqbal Shaikh - were not brought to the court since they were not well.

Three others who have been sentenced to life terms - Salim Rahim Shaikh, Nasim Barmare and Bashir Khairullah - were given their copies.

Dutt, accused No. 117, reached the high-security court just before 3 p.m. and waited for a copy of the judgement.

On July 31, Special Judge P.D. Kode, holding Dutt guilty under the Arms Act and attempting to destroy evidence, had sentenced him to six years' rigorous imprisonment.

The actor, whose popularity rose to new heights after super hit 'Lage Raho Munna Bhai', was lodged in the Arthur Road Jail in south-central Mumbai and shifted to Pune's Yerawada Jail a few days later. So far, Dutt has spent a little over 16 months in jail as an under-trial at various stages of the long trial.

Dutt and other convicts in the case have been summoned by the court next week for handing over the copy of the judgement.

They have been convicted for their role in the March 12, 1993 serial blasts in Mumbai that left 257 killed and over 2,000 injured.