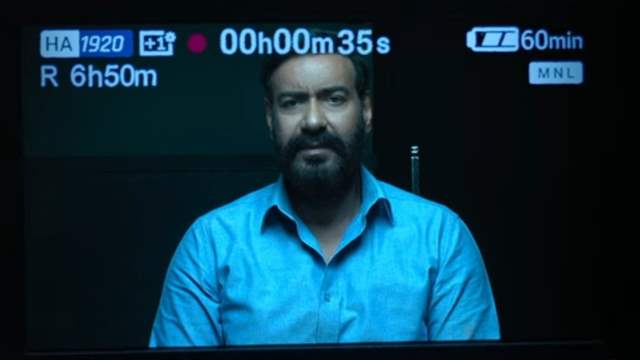 The release of Drishyam 2, which stars Ajay Devgn is not far away and the movie's producers have been vigorously promoting it already. On early Thursday, the lead actor took to social media to brace audiences for the recall teaser of the upcoming film. Sharing a new poster featuring the Salgaonkar family, Ajay Devgn wrote,

“Jo dikh raha hai woh hua nahi, jo hua hai woh kisi ko pata nahi! (What is seem has not happened and no one knows what has happened)”.

The makers have now released a recall teaser and it will definitely leave you intrigued. Sharing the teaser of the same Ajay wrote,

The recall teaser gives a monochromatic flashback of the extreme events of the film that traced the mysterious disappearance of a policewoman’s son. An illiterate man’s family gets caught in the spiral of allegation as he leaves no stone unturned to protect his family's reputation. While the secret of the murder is safe, the Salgaonkar family’s peace has been deeply affected by the dark secret.

The upcoming film will showcase how the investigation of the case reopens and Salgaonkar tackles every obstacle in his way to shield his family.

Helmed by Abhishek Pathak, the crime thriller is the remake of the 2021 Malayalam film of the same name. Drishyam 2 will hit the big screens on November 18.