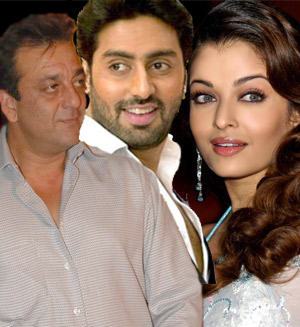 Featured Video
Aishwarya Rai, also starring Abhishek Bachchan. Sanjay was committed to do the candy floss romantic film produced by T-Series film starring Kangana which was being directed by the duo Vinay Sapru – Radhika Rao who had earlier directed Lucky - No Time for Love (2005) for T-Series. The T-Series film was to be shot extensively in the US with also some portions to be filmed in India.

While the T-Series production house officials are maintaining a brave stand by telling us that Dutt is still "on" for their project, Dharam Uberoi, his business manager, has stated that he was never confirmed for the T-Series film. Our sources, however, confirm that Dutt has no inclinations to do the T-Series film anymore.

Our sources reveal, "Dutt was not the first choice for the role. South superstar Vikram was chosen for the part by Mani. But the not so exciting response to the Abhi-Aish jodi in Sarkar Raj made Mani rethink. Instead of opting for a completely unknown star for Bollywood along with the couple he decided to go in for Sanjay Dutt and reduce the business risk for the film."

"Dutt jumped at this opportunity by a maker like Mani Ratnam immediately and committed to the film without even going through the script. He allotted all the committed dates of his T-Series film to this film," the source adds.

This will be the third time Sanjay Dutt be starring opposite Aish. He was earlier seen opposite her in Hum Kissi Se Kum Nahi (2002) and Shabd (2005). Both of these were massive flops at the box office! 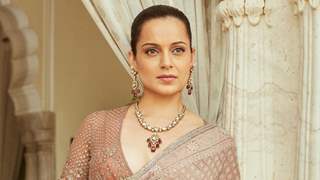