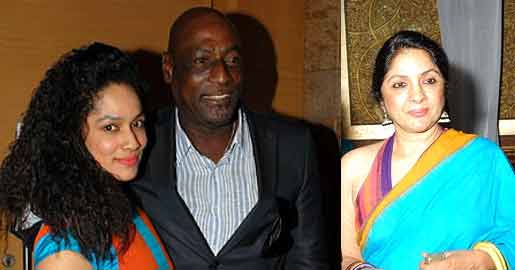 Daughter of veteran actress Neena Gupta and cricketer Vivian Richards, Masaba Gupta will exchange wedding vows with film producer Madhu Mantena by the end of this year. The popular fashion designer says she is toying with the idea of a destination wedding, but she says the final location depends on the decision of both families.

Masaba, a former fashion director at label Satya Paul, had got engaged in March to her beau Madhu, who has produced films like "Ghajini" and "Rann" in the past, and is associated with Phantom Films.

When IANS asked her about her wedding preparations and whether she has finalised the venue for the big day, she said: "Nothing has been planned, but we are in the process of planning it as the wedding is happening at the end of this year."

She shared her interest towards having a destination wedding, which is definitely a trend that has caught up among celebrities who want close-knit affairs over a big Bollywood party.

Is she open to a destination wedding?

"Hopefully yes! We are toying up both ideas, but it depends on many things as it's not just our decision at all. It is our parents' decision too... so we will see," said the designer, who is still to decide which designer's creation she would flaunt on her D-day.

Masaba spoke to IANS from Mumbai, where she launched Ariel India's first-of-its-kind "Men & Women" washcare label that drive home the message of sharing the burden of household chores and to promote gender neutrality.

Masaba, who is doing her bit by inserting the label on her designs, feels that sharing household chores adds the love quotient in any relationship.

"I think doing household chores is the time when couples can sort of destress themselves. It is really important to be part of your husband and wife's daily duties, and I think in that way, you connect well."

So will she ask Madhu to share household chores after marriage?

"That's the larger plan, but don't know now. Maybe I won't ask him now as it will scare him, but yeah, a few years down the line, I won't mind asking that," quipped the designer, who made her foray in the fashion industry in 2009 and has built her presence with her quirky prints on feminine drapes and silhouettes.