Diamonds have been an eternal companion to woman since time immemorial. Bringing forth grace and delicacy in women, diamonds have always added much poise to all attire. Being such fine and intricately carved stones, every actor would love flaunting one in the name of advertising. We, at BollyCurry, present to you some selected and stunning diamond endorsements by the leading ladies of B-town. Here's a look at some poised beauties in this lavishly designed stone. Pick your favorite! 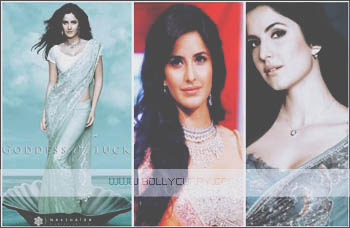 Born on 16th July, 1984, this pearly damsel started her career with a small time jewelry campaign at the mere age of 14. Post her debut in Bollywood with Maine Pyaar Kyun Kiya, she has been showered with endorsement offers and big budget films with every high profile actor in Bollywood. After having made a successful impact on the Indian audience, Nakshatra Diamond Jewelry, India's leading fashion jewelry brand, decided to make her their next new face to glorify their diamonds. 'Goddess of Luck' is what she is fondly known by her campaigners. 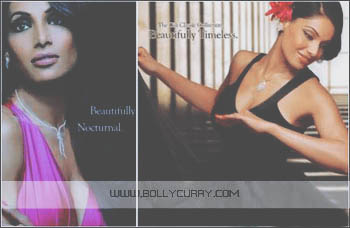 Born on 7th January, 1979, this sensuous beauty made her mega debut through Ford Cinthol's supermodel contest at the young age of 17. Her dusky skin is seen as her most alluring attribute by many, and hence was christened as the 'Sexiest Woman in Asia' by Eastern Eye, a British weekly, in the years 2005 and '07. Her classical beauty and bold features did not go unnoticed, as she was approached by Gilli, a sister concern of the Gitanjali Gems and Jewelry to endorse their timeless collection of old world classical jewelry. 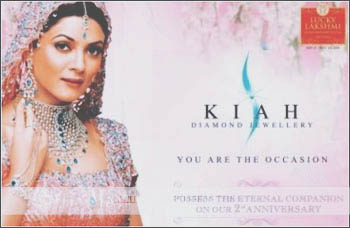 Born on 19th November, 1975, this ravishing beauty was the very first Indian woman to be crowned with the title of Miss Universe in 1994 at Manila, Philippines. She shot to instant fame and stardom and went on to become one of the most envied women of the country at that time for her stunning looks and dynamic persona. Soon after, she was seen bejeweled in the radiant and exquisite diamond stones of Kiah, adding much charm to every photo shoot. 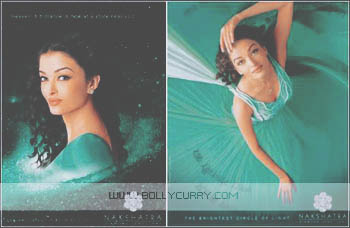 This former Miss World was born on November 1st, 1973 and made her debut in Indian Cinema through Mani Ratnam's Iruvar. With her ethereal looks, she's managed to establish herself as one of the leading contemporary actresses in the country today and has also won hearts globally, starring in many international productions. This timeless beauty was flocked with endorsement offers soon after her debut. In 2000, Nakshatra Diamond Jewelry launched themselves in the country with Aishwarya as their reputed and acclaimed face. Ash has been the face of Nakshatra since its beginning, until recent times, when she was replaced by Katrina. 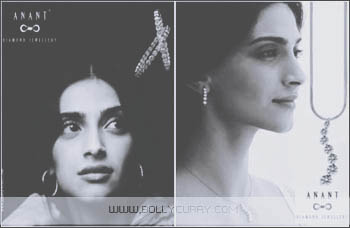 Born on 9th June, 1985, newcomer Sonam is seen as Bollywood's next bright star and has carved a perfect niche for herself in the fashion industry by always being seen in some of the most unique and classiest dresses. High rated news channels and prominent magazines have termed her the official fashion diva of Bollywood, all thanks to her sassy and sleek dressing sense. Sonam has lent her elegance in being the brand ambassador of Anant Diamond Jewelry, which specializes in making delicate single lined diamond wear. 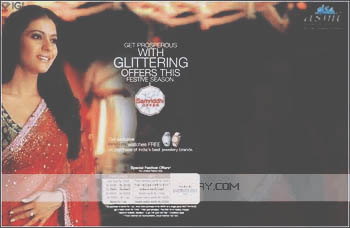 One of the most celebrated and commercially acclaimed actresses of Bollywood, Kajol was born on 5th August, 1975 and made her debut with the movie Bekhudi in 1992. Launched in 2002, leading diamond jewelry brand Asmi approached her to be their face in reflection of the new found social and economic independence of woman. 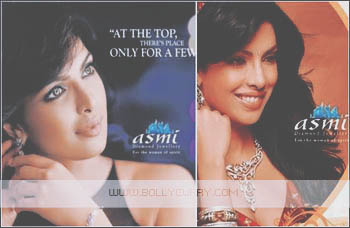 Born on 18th July 1982, Chopra has been the most consistent critically acclaimed actress in the industry. Prior to her acting career, she lifted the trophy of Miss World in 2000, escalating her to heights of fame and glory. Replacing Kajol, she is the current brand ambassador of Asmi Diamond Jewelry, which currently equates diamonds to self indulgence. 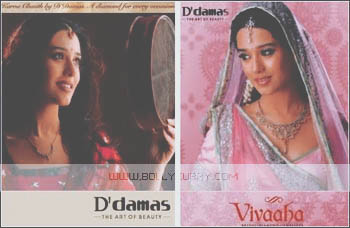 Born on 17th June, 1981, this subtle beauty made her debut in Indian Cinema with Ab Ke Baras in 2002.She's made a special spot in the industry as the 'girl-next-door' and is fairly content in it! D'damas found a muse in the elegant Rao to highlight their stones and made her the face of their diamond jewelry. D'damas couples Indian traditional designs with international standards of quality and is one of the most popular jewelry brands in the country. 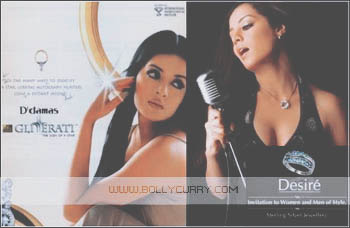 Crowned Femina Miss India Universe in 2001, this former beauty queen and model was born on 24th November, 1981. She was also awarded with titles such as Miss Margo Beautiful Skin, Indiatimes Surfers Choice and MTV Most Wanted in the same year. Thanks to her sensuous looks, she has been the face of Desire and D'Dmas International Diamond jewelry for quite some time now. 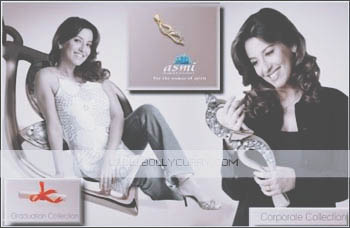 Born on October 23rd, 1973, Perizaad made her debut with multiple advertisements on the small screen in 1997 and went on to bag a prominent role in Nagesh Kukunoor's Bollywood Calling. Popular diamond jeweler Asmi,found in Perizaad the perfect face to endorse their striking line of exquisite diamond wear.

That's it for now! What are your thoughts?!