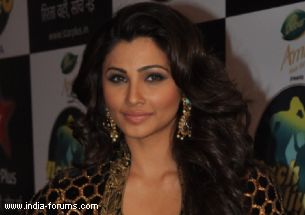 Newcomer Daisy Shah, who is making her debut as Salman Khan's leading lady in forthcoming film "Jai Ho", describes her co-star as an "emotional person", who is often misunderstood as being "impulsive".

"He is a very wonderful human being and people think that he is very impulsive, and that he gets very angry. I would say that it's not his anger, but his love, which he wants to express because he is a very emotional person," the 28-year-old told reporters Saturday at a function here.

Daisy was a background dancer until Salman spotted her.

foram. 6 years ago she is right... salman is highly misunderstood by many...
and all the best for jai ho!!!

daisy isn't the first one to say salman is misunderstood. many celebs have said that he's the most misunderstood person in BW... he's just the best! I wish insha Allah jai ho will break all records!

silvermoonlight 6 years ago Try dating him for 6 months and then talk.
HE will treat his women like crap ..not costar..but then again it seems Bollywood is terrified of this one guy out of 7 billion walking on the earth!

HE is so arrogant ..

...Natasha... 6 years ago Waiting for another blockbuster from Salman