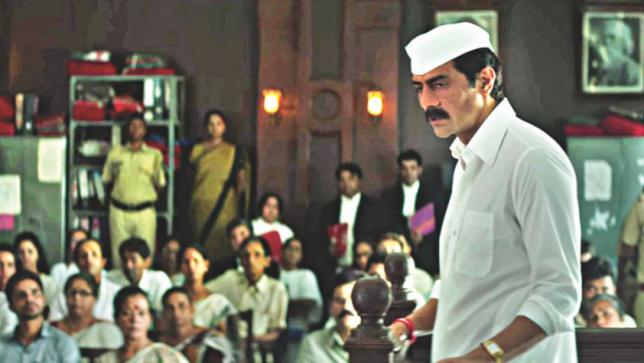 National Award winning actor Arjun Rampal, who is receiving a positive feedback for the trailer of "Daddy", says as an actor, producer and co-writer, he is creatively satisfied with the upcoming film.

Having started his career in Bollywood in 2001 with the film "Pyaar Ishq Aur Mohabbat", Arjun has acted in many films, but this is the first time he is playing a real life character based on gangster Arun Gawli.

"With this film, I have got everything. So, I would say 'Daddy' makes me creatively satisfied."

He added: "The whole process of the film -- narrating the story of Arun Gawli -- challenged and tested me a lot. So the film is really close to my heart."

What was the core reason for Arjun to work on a film about Gawli?

"At the first place, Gawli is well known in Maharashtra and especially Dagdi Chawl, but not in the rest of the country. Secondly, the story is quite intriguing for me, because he is one of those gangsters who spent maximum time in prison and did not run away from the system or underground himself, that most of the gangsters do."

Arjun said, "The story is that every time when he came out of the prison for reformation and a normal life, did the society accept him? Or he took another criminal action in an extreme situation? Does the action justify because of the situation, or his past never allowed him to get back to the normal life even after his punishment in jail?"

"The story is complex and mysterious, so is Gawli, as a personality. I, as a creative person, was highly intrigued by all these... People should know this story," Arjun said.

Director Ashim Ahluwalia went to the real location of Dagdi Chawl for the filming.

Arjun says it was tedious process to shoot.

"There was not a single day when people didn't come on the set. Thousands of people gathered every day, some were banging on my vanity van, some were screaming out of excitement and imagine how we managed to shoot in sync sound on that chaotic location."

"Controlling the crowd was a task. Thankfully we got the location... Now slowly builders are taking over the chawl, demolishing for redevelopment."

Considering how Ahluwalia has treated the story in an unadulterated manner, according to Arjun, the film has a potential "to reach out to the audience beyond Indian diaspora".

The film is slated to release on July 21.