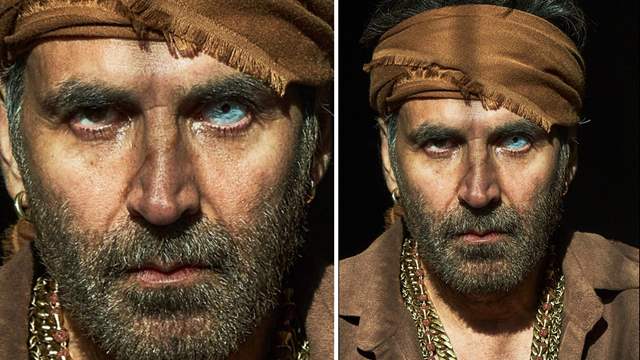 On Saturday, Kumar confirmed that Bachchan Pandey will release next year in cinemas on the occasion of Republic Day. He also shared a new look from the film which gives an intriguing peek of his character. Sharing the poster, he wrote on social media: “His one look is enough! #Bachchan Pandey releasing on 26th January, 2022!”

Speaking of Bachchan Pandey, the film features Kriti Sanon, Jacqueline Fernandez and Arshad Warsi in key roles. Directed by Farhad Samji, the film is touted to be a comedy and will feature Akshay Kumar as a dreaded gangster who aspires to be an actor.

Next up, he has his calendars full of exciting projects including Bell Bottom, Prithviraj, Bachchan Pandey, Atrangi Re and more.

Jacqueline Fernandez shares a glimpse of her on the sets of Bachchan ...

1 months ago A dreaded gangster who wants to be an actor...how original (not)!