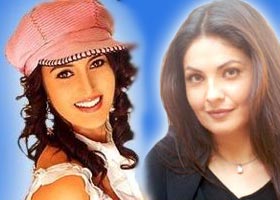 Pooja Bhatt and Tulip have more than the movie, Dhoka, in common. It is learnt that both have foreign blood running through their veins. While director Pooja's grandmother was an Armenian, lead lady Tulip's mother is European.

After versatile performances in Matrubhoomi and Mere Yaar Ki Shaadi Hai, Tulip has played the role of a suicide bomber in Dhoka, opposite supermodel Muzamil Ibrahim. Produced by Mahesh Bhatt, the film's promos are already on air and have received positive response in the industry. So it seems like Pooja and Tulip will also equally share the credit for being part of a hit movie.