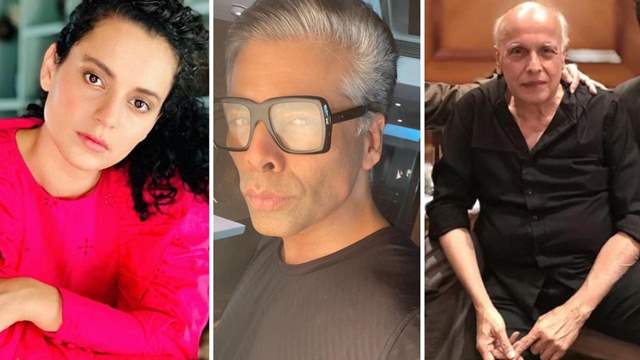 The untimely demise of Bollywood actor Sushant Singh Rajput opened the doors for many discussions around the underlying ills of the industry. As reports suggested it to be a case of suicide, the conversation around mental health and awareness also gained momentum on social media.

It’s been more than six months to Sushant’s demise but the fight for justice among his fans and loved ones continues. Actress Kangana Ranaut was one of the first celebrities to demand answers in the SSR case and she also launched an attack against B Town biggies.

On the occasion of Rajput’s 35th birth anniversary, Kangana has penned a ‘Chronology of Sushant murder’, and named A-listers like Aditya Chopra, Karan Johar, Mahesh Bhatt. In a series of tweets, she wrote:

“I have said enough about this but still it isn’t enough. Chronology of Sushant murder.

1) Fall out with Aaditya Chopra because self-made Sushant refused to be bound by their evil capitalists contracts.Chopra promised to destroy him. 2) KJO and Chopra bound by Nepotism love (cont)”

“Decided to take the matter in his hands, after blockbuster Dhoni KJO promised SSR a franchise but instead dumped him. SSR said he was heartbroken about it. 3) Mafia PR started to circulate obnoxious maligning campaign against him calling him a rapist and drug addict. (Cont)’

“4) Just then Mahesh Bhatt entred his life and started to psyche him that he is bound to go Parveen Babi way because he was depressed, Bhatt saab if all depressed people go Babi way then your daughter Shaheen should also go that way she is official brand ambassador of depression.”

This is not the first time Kangana has named the above mentioned celebrities as she has previously taken several digs at Karan Johar, Mahesh Bhatt and others in connection to the Sushant Singh Rajput case.

1 months ago Oh what a surprise she is back and needs attention again, also called movie promotion.🤦‍♀️😅

1 months ago There she goes again....i had never seen such disgusting human being...how can a person use a dead person death for their own agenda? She has no humanity or kindness in her heart at all...