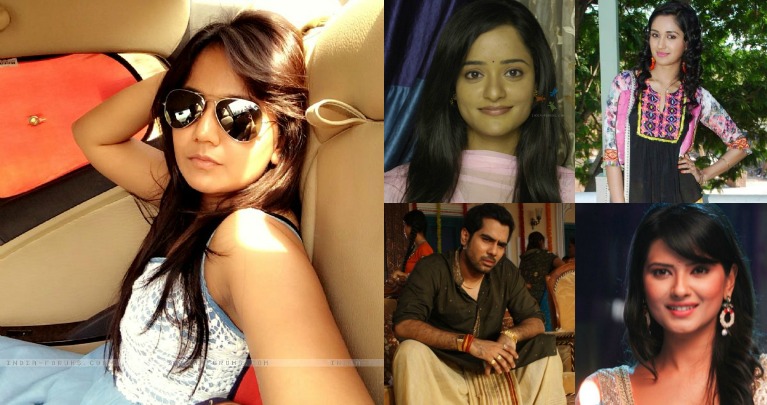 Food, clothing and shelter being our necessities have all become pass. The gen next lives on food, clothing, shelter and INTERNET. Neutrality of Internet - with each app that you download, you need to pay for it. The telecom companies that have come up with this major development, masses have actually lost their cool on how can someone not give a free access to the internet?

Here are our television celebrities who speak about the Neutrality of Internet and state their view points:

I think pricing it is a very good idea. In fact it is a great idea. People will become more of Human. Spend good quality time with family and friends and preserve humanity. Nowadays, where ever you go, you will see every single person using their mobile phones while driving or eating or doing any other activity.

Internet is available freely and easily. Every single person has complete rights to have access to the internet. Usage of internet is something that should not be stopped. Google, Face Book, Instagram, Whats App is something we cannot do without. It has become a human necessity.

As of what I have read, imposing of cash on the apps has not been finalized. Telecom industry are fighting to put a charge on the internet while the masses are against it. There is a certain dispute that is happening between them. So, as far as I know, the decision has not been imposed.

It is a very genuine thing. Living in a place and enjoying freedom is our right. According to me, no one has misused the internet and the one who has done so should be punished. The whole idea of banning internet is not working. With such an imposition, it is the masses who will suffer. We live in a democratic country and have the complete right to have access to the internet.

It is ridiculous! We need to have net neutrality! This is just going to make life more difficult and expensive for us consumers. We cannot pay for packages as when we use the internet, it could be for anything and at any time. How can we presume what web app we will use when and pay for it separately? I have already sent an email expressing my views on this topic to TRAI (Telecom Regulatory Authority of India). I have also shared the link on Facebook. Hoping more people will voice their opinions too.

dreamsCometrue 5 years ago i really have to laugh out loud.. Kratika Sengar, i know that you have made this answer in a joking manner coz you always make interviews fun but still i can't believe some people will take it heart and soul... :D

+ 3
5 years ago That's a classy and hit answer from you, Kratika Sengar Dheer !

dreamsCometrue 5 years ago congratulations @loveliferose, you have now become my idol for being a champion of the poor! now let me see you do the bigger things! Where did she say that 'i did some tv serials and that means i am wise' , like you are claiming? show me pls... oh drat, i forgot, you are already wise!

poisonlace 5 years ago oh, loveliferose the intelligent belligerent came back! and now is arguing about being poor! okay, i hand it down to you, you win and
im going to generalize someting like your logic goes: let us, poor people, live beyond our means.. and no use explaining to you...have a nice day!
*edit* there you go generalizing KS fans again,, Simple question: is coming to IF, which uses net, very important: no, more or less just time pass and to interact in our fave forums...go figure!

05SHEEMA 5 years ago @loveforlife hate is a strong word..you would not have been bashed for that..i for one can't afford to buy apps that i really want but i'm not bitter about being poor...i see Kratika Sengar's point in there but it does not mean i have to agree with her. She did not say she is great, she said it's a great idea...i look at myself and yeah, she's right on another level, i have no control over my internet usage so if there is price to pay then it makes me more aware rather than having free stuffs all the time.. you are taking her answer word by word..you are intelligent enough to read what else she means..and yes i am her fan, and it does not mean i am crazy!

5 years ago Before bashing me look at Kratika's comment.Imagine 5000 per rs for 1 gb net.Who can afford that.She said that is great.She hurts me so much.Middle class will suffer more.And she says about more human.Stupid logic.If people use moblie phones people will become less human.What a funny view.She did some tv serials that did not mean that she is very wise.Except her crazy fans no one will like her view.

5 years ago Love love your answer Roopal Tyagi even better you actually did something too a lady with a plan amazing.

dreamsCometrue 5 years ago Kratika Sengar, just reposting a tweet for you: You have enemies? Good. That means you've stood up for something, sometime in your life. -Churchill