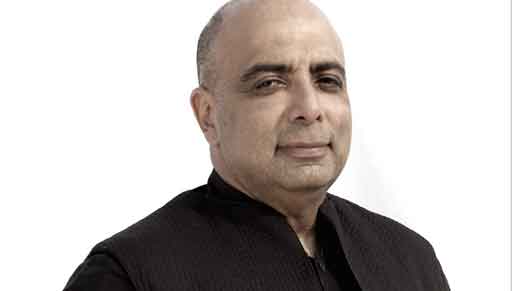 Wills Lifestyle India Fashion Week (WIFW) has returned to the capital with its spring-summer edition. Starting Wednesday, the fashion extravaganza has brought 124 designers under the same roof.

Summer friendly fabrics like cotton, khadi and linen in soft shades were seen in abundance on the runway as designers showcased their creations for WIFW spring-summer 2015.

The hand embroidered daisies on chanderi dresses, hand and bead work embroidery on denim pants and tops with crochet detailing added beauty to the summery garments.

Designer duo Paras and Shalini also exhibited "feminine" range for spring-summer seasons. They played with transparencies and opacities, lace like patterns, botanical floral applique work and embroidery to come up with a collection made of silky taffetas and heavy jerseys.

While there were high slit dresses, voluminous gowns and pants too.

The flower power was not restricted to clothes. Arora used floral headband to complement her spring-summer collection.

Some of the designers even gave a glimpse of Japanese culture on the runway through their pieces. Alpana and Neeraj showcased Japan's obsession with everything "kawaii" or cute like anime and hello kitty.

The designers made an attempt to put together a range that captured this aspect of the country and merged it with strong Japanese aesthetic of minimalism and clean lines.

For instance, there were sharp structures, flared pants softened by bows and scallops.

The outfits mostly in red, black and blue looked like little dolls clothes.

The Japanese inspiration and use of bows was seen in Atsu Sekhose's creations too.

Made in soft pastels, he gave a modern interpretation to kimono -- a Japanese traditional garment.

The collection, dominated by silk garments with interesting sleeves, looked perfect as evening wear during summers.

Organised by the Fashion Design Council of India (FDCI), the five-day event is being held at Pragati Maidan here. But the last show of the evening took place at DLF Emporio. The storm tried to play spoilsport to Tarun Tahiliani's show, held outdoor, but after being delayed by almost two hours it began on a colourful and artistic note.

There was a burst of bright colours as models sashayed down the ramp.

There were apparel with lots of draping in blue and orange hue, red with yellow and more. Inspired by the works of artists Amrit and Rabindra -- The Singh Twins, Tahiliani's new range was made by choosing elements from their different paintings.

The dhoti skirts and lungi skirts, off-shoulder dress or draped linen pants with cowl neck top are summer must-have for women. Tahiliani had a few options for men too. Silk sherwani with Thai wrap trousers, printed shirt with jodhpurs, waist coat shirt with tussar pants were some of the choices offered by the designer for men for hot weather.

The stars of day one of the fashion week were certainly the clothes which transported all away from the current fall season.

Shefali Jariwala comes out in defense of Naina Singh as she slams ...