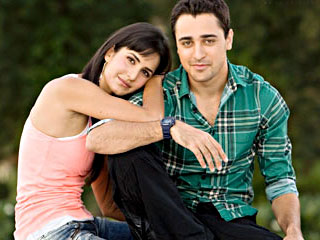 Buzz has it, that Katrina is being stalked and hounded by plenty of Punjabi munde, who want to marry the pretty faced Brit babe!
Apparently her hosting hotel is being constantly has been subjected to constant geris by countless hunky dory bachelors vying for c glimpse of the actress and a chance to impress! Cherry on the cake are the talks going around which are accounting for the boys' infatuation to  Katrina's charachter from the movie Namastey London, since Jasmeet (Kat's character) was shown to come to Punjab to be wed.

As funny as it may sound, these boys have gone to the extent of pestering the hotel staff with requests to be allowed to get in touch with Katrina. The more preposterous demands however have come from those who want to get in touch with her parents too, so they could ask for her hand!
After all this, Katrina has been provided with top level security and a special backdoor escape route, to avoid obvious trouble.
When asked, Katrina laughed it off and said that her team of Mere Brother Ki Dulhan is enough for her protection and security.

We wonder, who's dulhan Kat shall really become one day!