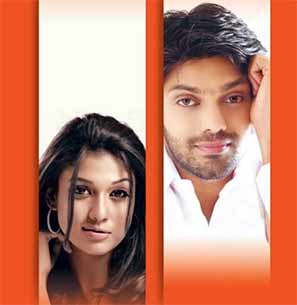 Actors Arya and Nayantara, who featured in Tamil blockbuster "Boss Engira Bhaskaran" a few years ago, will team up for its sequel, to be helmed by Rajesh M.

"We are teaming up for the sequel soon. Arya and Nayantara have agreed to come together. We have also roped in Tammannah Bhatia in an important role. The project is set to go on floors soon," director Rajesh told IANS.

Comedian Santhanam played a crucial role in the sequel as Arya's friend.

Rajesh said: "He will most likely join us too. It will be the same team which worked in the prequel."

"Boss Engira Bhaskaran" was one of the biggest hits in Arya's career. The sequel will mark the third time that he will team up with Nayantara.