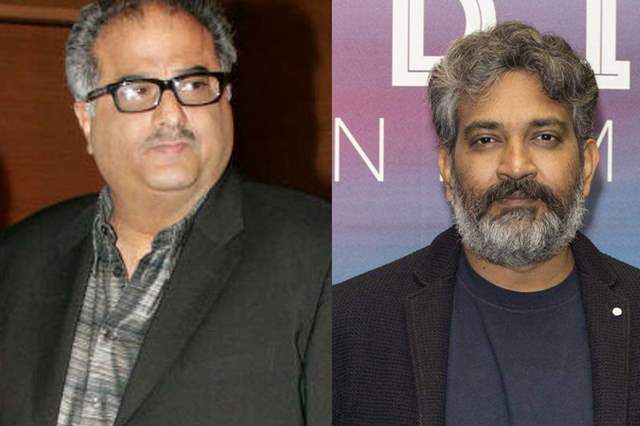 One of the most-awaited films for almost a year now has been SS Rajamouli's upcoming mega film, RRR. Ever sice Baahubali got done with over three years ago, the film has been in the works for a long time and due to the pandemic, the film got further delayed.

But now, only a couple of days ago, the release date of RRR was revealed and it got the buzz and excitement rolling even more.

We know that RRR will be releasing on 13th September 2021. However, this hasn't gone down well with producer Boney Kapoor especially. Kapoor has locked in this date for his mega film, Maidaan over six months ago. And in a time where the theatre industry is fighting for survival and trying to get back on feet, having two mega films clashing with each other might not be the best idea for anyone. Interstingly, both Maidaan and RRR star Ajay Devgn.

While RRR is yet another magnum opus of sorts from Rajamouli, Maidaan is an ambitious project which is a biopic  on football legend Syed Abdul Rahim. A report in IWMbuzz stated that Degn asked Rajamouli to speak to Kapoor before announcing his release date but apparently he went ahead without consulting him.

Kapoor said, “Of course I am upset! This is most unethical.I announced my release date for Maidaan six months ago. At a time when we should all be coming together to save the movie industry , he(Rajamouli) has gone and done this."

We wonder if there will be any change in this scenario anytime soon.