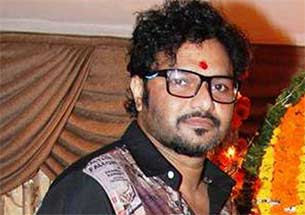 He has also invested Rs.12.75 lakh in bonds, debentures and shares besides giving advances to the tune of Rs.2.72 lakh to others.

His immoveable assets - all of which are self acquired - include four residential flats and two garages in Mumbai and are collectively valued at Rs.5.5 crore.

His three residential flats in Lokhandwala in Mumbai are currently valued at a total of Rs.3.4 crore while the fourth flat in Goregaon - also in the same metropolis - is worth Rs.1.9 crore.

His 1,250 square feet twin garage in Lokhandwala is worth Rs.20 lakh.

His liabilities, mostly in the form of bank loans, amount to over Rs.1.47 crore.

Supriyo's wife owns over Rs.3.7 lakh of moveable assets while his daughter too has moveable properties worth over Rs.14.21 lakh.

The commerce graduate from Calcutta University has not been convicted of any offence.