New Delhi, Sep 23 (IANS) John Abraham's love for bikes is well-known but his lady love, actress Bipasha Basu, doesn't like riding pillion with him for that very reason.

'Bipasha doesn't like sitting on my bike because I am very passionate and possessive about my bike. When she sits, I keep saying 'I hope you don't leave a scratch on the bike and all that', so that's why she prefers a car to sitting behind me in a bike,' John told reporters here during an event.

The Twitter bug has bit many celebrities in tinsel town and the latest entrant is Riteish Deshmukh. The actor says it was filmmaker Karan Johar who asked him to join the popular social networking site.

'Karan Johar asked me to get on to Twitter. I didn't know a thing about it. I asked him how to go about it. He just told me that it's a wonderful thing and once I open my account, I'll understand how to operate it,' Riteish told IANS.

Celebrities like Priyanka Chopra, Celina Jaitley, Karan Johar, Dino Morea, Imran Khan and Gul Panag are among those who have been twittering and connecting with their fans.

Sushmita hasn't got her due in the industry: David Dhawan

David Dhawan, who has made innumerable comedies, has worked with former beauty queen Sushmita Sen four times and says the actress still hasn't got her due in the industry.

'Sushmita has really grown as an actor in these years. She is a brilliant actress but she has not got her due,' Dhawan told IANS.

Sushmita has worked with the filmmaker in films like 'Biwi No.1' and 'Maine Pyar Kyun Kiya?'

The actress will now be seen in Dhawan's 'Do Knot Disturb', which releases Oct 2. 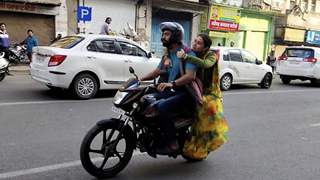