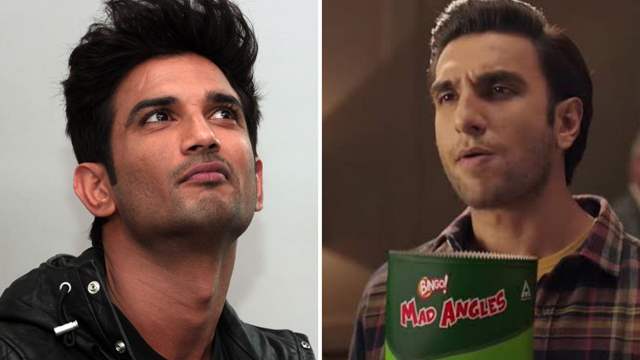 The latest advertisement by Bingo made headlines for all the wrong reasons. The ad featuring Ranveer Singh irked Sushant Singh Rajput’s fans who claimed that the ad mocked the late actor.

Titled ‘Beta aage kya plan hai’, the video showed Ranveer Singh as a young boy blurting out various scientific terms like 'photon' and algorithms. This irked SSR fans who alleged that the ad took a dig at Rajput by mocking his love for science.

Soon, #BoycottBingo started trending on Twitter and fans slammed Bingo and Ranveer Singh for the advertisement.

After facing such massive backlash, Bingo released an official statement clarifying about the ad. They termed the allegations as “false, erroneous and mischievous” and stated that the ad was made in October 2019.

"A completely false, erroneous and mischievous message is being posted/circulated alleging that an advertisement of Bingo! is making fun of a late Bollywood celebrity. Such kind of erroneous messages are knowingly spreading falsehoods. We request you to not fall prey to such mischievous posts. The recent Bingo! advertisement was shot more than a year ago in October 2019. It is being aired this year because of delay in the launch of Bingo! Mad Angles Cheese Nachos and Bingo! Mad Angles Pizza due to the Covid-19 pandemic." (sic)

Late actor Sushant Singh Rajput had a keen interest in celestial bodies like the moon, sun, photons and more. He loved watching up the sky through his telescope.

YehRashiThi 9 days ago How is it related to SSR?? Some people have officially lost it