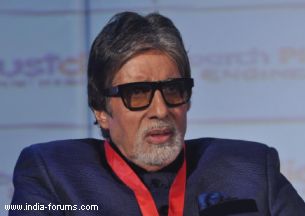 Filmmaker Subhash Ghai has clarified that megastar Amitabh Bachchan will not be a part of his upcoming biopic on Indian prisoner Sarabjit Singh. Ghai added that he had approached Big B, but he was busy with prior commitments.

The 71-year-old Bachchan was to play the role of a Pakistani lawyer in the biopic.

"We did approach him, but after reading the script, he informed us that he was playing a lawyer's role in another film that he had already committed to. We mutually agreed not to cast him in this film, though I would have loved to have worked with a legend like him," Ghai said in a statement.

The makers are still looking for someone to fill the role.

"We are still talking to other actors for this role and will soon be announcing the name," he said.