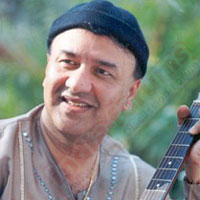 Mumbai, Sep 27 (IANS) The two are lords of the ring-tones. Bappi Lahiri and Anu Malik entered the film industry at the same time and carved very different places in the charts for themselves.

Today, after about three decades in the film industry, the two composing wizards from the 1980s have been brought together for the first time in Satish Kaushik's 'Tere Sang' though both are quick to explain they're not collaborating.

'We were keen to have Bappida do the background score for 'Tere Sang'. He had done a superb job of the background in my co-producer Anupam Kher's 'Maine Gandhi Ko Nahin Mara'. But Bappida has nothing to do with the songs. They're all Anu Malik's songs,' Kaushik said.

Anu said: 'Bappida is just doing the film's background score. All the seven songs of 'Tere Sang' have been composed and recorded by me. So the question of sharing the composing credits with Bappida doesn't arise. It just happens nowadays that sometimes due to time constraints the original composer doesn't get the time to do the background, hence somebody else is roped in. 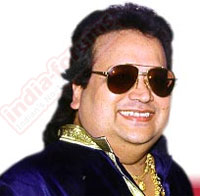 'Also, for your knowledge the songs are generally composed and then recorded. In this case Satishji requested that he'll use certain songs and background music created by me for 'Tere Sang' as part of the background score and I readily agreed because I respect Satishji and also because my daughter Anmol has sung all the songs of the film.'

So, according to Anu, even the background that Bappi Lahiri has done has got elements created by Anu. Composer Lahiri has another story to tell.

'I'd never share composing credits with anyone. The other day I was passing the hoardings of 'Darling' and I saw both Himesh Reshammiya and Pritam's name. I'd never be part of a partnership like that. In 'Tere Sang' we're very clear that I'm doing the background score. I've also composed a song,' said Lahiri.

But Anu firmly believes that all the songs are strictly by him.

'Bappida's song will be played with the opening and end titles,' explained director Satish Kaushik.