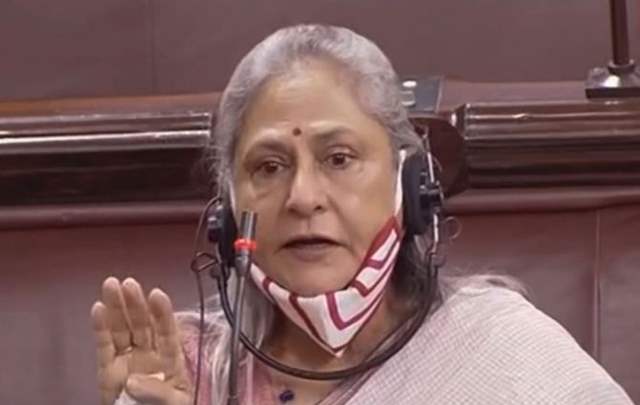 A day after Samajwadi Party MP Jaya Bachchan's comment in Parliament on Bollywood drug nexus, Mumbai Police has beefed up security outside her bungalows in the city as a precautionary measure.

Earlier on Tuesday, Jaya rebuffed Bollywood drug nexus allegations in Parliament and said the image of the entire fraternity can't be tarnished because of some people.

"People in the entertainment industry are being flogged by social media. People who made their names in the industry have called it a gutter. I completely disagree and I really disassociate. I hope that the government tells such people not to use this kind of language," Bachchan said in Rajya Sabha.

The alleged nexus between Bollywood and drug cartel was flagged in Parliament on the first day of the monsoon session on Monday with actor-politician Ravi Kishan alleging that “drug addiction is there in the film industry too".

However, the ruling party BJP has questioned the police security provided to Jaya Bachchan. Criticising the Maharashtra government over the move, BJP MLA Atul Bhatkhalkar asked as to why "this alacrity was not shown in giving security to Sushant Singh Rajput" who was found dead at his apartment on June 14. Rajput's father KK Singh had in February allegedly lodged a complaint with Mumbai police claiming his son's life was in danger.

The BJP leader also asked as to why such haste was not shown in giving security to Kangana Ranaut who has claimed to expose drug nexus in Bollywood.

Rein123 11 days ago Firstly the government cannot dictate who uses what language, second all this while she was silent on SSR but she can defend the shit that happens in Bollywood. Wonderful!! 👏

6 Iconic Dialogues Every True Mirzapur Fan would Use in Real ...
9 minutes ago

Yami Gautam and Vikrant Massey collaborate for Mohsin ...
45 minutes ago