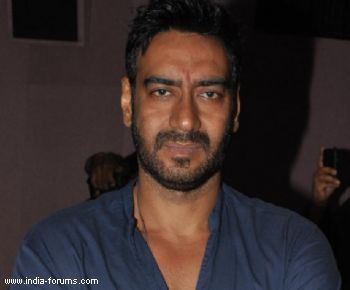 He acts, directs and produces, and Ajay Devgn's experience tells him that the bottom line of any film's box office success depends upon entertainment factor in its script. Citing the example of Prakash Jha, he says that the director has the skills to turn realistic ideas into engaging and entertaining movies.

"If the audience spends money on a movie, they want to get entertained. They don't want to get educated. Entertainment can be comedy or action. This is the bottom line," Ajay, whose "Singham" crossed Rs.100 crore mark, told IANS.

"If your film has done a Rs.100 crore business, people have seen it. You can't make a fool of the audience. Whatever the audiences like, you will have to give them," he added.

The 43-year-old had an amazing luck with Rohit Shetty directed comedies - "Golmaal - Fun Unlimited" and "Golmaal Returns", and his next, "Bol Bachchan" too is from the same director and same genre.

Variety in roles is what Ajay seems to be focusing on. Along side comedies, he managed intense roles with ease by stepping into the shoes of a don in the gangster drama "Once Upon A Time in Mumbaai" and playing a Dalit in political thriller "Raajneeti". Both the films did well at the box office.

After having worked with director Prakash Jha in "Raajneeti" and "GangaaJal", Ajay has teamed up with him again for "Satyagraha" and praises the director's expertise in handling subject of his films well.

"Prakash Jha picks up a realistic idea and makes it very engaging and entertaining. There are other filmmakers who pick up ideas, but make it very boring."

"I am doing a film with him (Jha) called 'Satyagraha', it's very entertaining. It's not like I will not do such (serious) films, but it has to be entertaining, they can't be a documentary," he said.

"Satyagraha" is said to be based on social activist Anna Hazare's campaign.

Ajay Jha will also start working on a sequel to "GangaaJal" after finishing "Satyagraha".