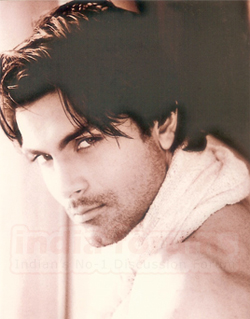 Ashmit Patel is a happy man since he doesn't need to worry much about his general wellbeing these days. One of his closest confidantes is a very special doctor. Amisha Patel's kid brother shares a great bond with Dr. Samir Mansuri who was born blind and has been practicing Ayurveda for almost ten years now. The actor happened to meet him some two years back.

Reveals Ashmit,"Actually a friend of mine talked about this blind association which was organizing an event in Ahmedabad. I met Dr. Mansuri at the airport and we readily struck up a very good rapport. Ayurveda usually works on the sense of touch. So just by shaking hands with me he was able to tell me about the problems I had."

Dr Mansuri who has also treated the likes of Vivek Oberoi, Salman Khan, Subhash Ghai and Ashok Mehta is equally impressed with Ashmit. He says, "I was looking for a celebrity to grace a cultural programme for blind singers and dancers some two years back. And somebody suggested Ashmit's name.   I met him on the 5TH OF September, 2005 at Ahmedabad airport and when just by shaking hands with him and feeling his pulse, I was able to tell him about his problems, he was impressed and happy. I prescribed him medicines and thereby a friendship was built. After knowing him so well, I can prescribe medicines over the phone too." 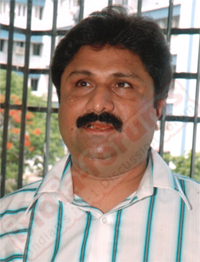 Dr Mansuri is now in the process of opening an organization for blind people called 'Blind Dream'. He has got a clinic for himself in Mumbai too and Ashmit meets him often there.

"He is really gifted. I talk to him quite a bit and meet up often, almost every week. If I am ailing or something he can tell right away what ailment I may be having, even over the phone. He does a lot of work for the welfare of the blind as he is blind himself and I am there in every capacity to help him out. Because what he has given me is really much more," says Ashmit who has been lying low for a while but has a number of interesting films scheduled for release in 2008.

Dr Mansuri also showers high words of praise for his patient. "The fact that he accepted the invitation without even enquiring what it was about impressed me no end. He is a great human being. In today's times all celebs are hardly like that and I will keep wishing him well always," adds Dr. Mansuri.