View Profile
Ever since it was announced that the macho Salman Khan would be hosting the new season ofBig Boss 4, the show has scaled new heights on the controversy meter compared to it's predecessors.
The contestants this season are all very powerful and daring and sometimes a little too bold to appeal. But the ultimate question regards the two handsome Bollywood actors battling it out in the house - Ashmit Patel and Samir (Sameer) Soni. Which of the two will be the last man standing? Beforedrawing any conclusions, lets take a trip down Bollywood lane comparing their career graphs. 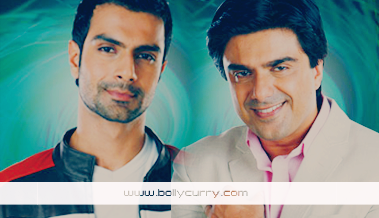 Ashmit Patel
DOB: January 13th, 1978.
Ashmit started his career as an Assistant Director to Vikram Bhatt for the films like: Aap Mujhe Acche Lagne Lage (2002), Awara Paagal Deewana (2002) and Footpath (2003). He soon decided that acting should be his career andmade his debut with yet another Vikram Bhatt movie, Inteha (2003). However, it wasn't until heappeared with the smooch king, Emraan Hashmi and the sensuous Mallika Sherawat in the thriller, Murder (2004) that he tasted hisfirst commercial success. Soon after, Ashmitstarred in many films like Nazar (2005), Silsilay (2005), Dil Diya Hai (2006), Banaras (2006), Fight Club (2006), Kudiyon Ka Hai Zamana (2007) and Toss (2007) but unfortunately all went unnoticed by critics and audiences alike. Some of his movies are still under production, set to release soon.
Ashmit was very much talked about when he found himself bound in a vicious controversy with a co-actress, Riya Sen. Both were shooting for their movie Silsilay whenthey started seeing each other but just before the release of the movie, a short and scandalous 90-second MMS had done rounds. This resulted in having boththe actors in compromising situations. The couple broke-up after the relay, although the lady denied that it was her in the clip. Some say it was all a publicity gimmick. Whether itpublicity or other matters, post this incident, the actor is said to have undergone mental trauma and other family issues.

Sameer Soni
DOB: September 29th, 1968.
Before starting his modeling career, Sameer worked as an Investment Banker in New York. He attended various acting courses in New York and Los Angeles and finallymade his debut on thesmall screen with Hindi serial, Samandar. He then appeared in Doordarshan'sA Mouthful of Sky directed by Mahesh Bhatt.
Sameergave his first start on the big screen with a cameo in the movie China Gate (1998). He rose to fame overnight through the movie Baghban (2003). Playing the lead in movies like Basti and Kahan Ho Tum, he also portrayed the very fun loving guy in Sony Entertainment's Jassi Jaisi Koi Nahin, and Saaksshi. Since then, Sameer has shot for several cameos and small screen shows including massive hits like Vivah (2006), Fashion (2008) andI Hate Luv Storys (2010). All his characters have been loved and appreciated by the viewers.
In his personal life, the actor met his lady love, Rajlakshmi Khanvilkar during his modeling days. The two married but unfortunately divorced justaftersix months. The actor is said to have dated the late model Nafisa Joseph and nowis in a relationship with veteran Actress Neelam Kothari since the last two years. If buzz is to be believed, they will tie the knots soon after he comes out of the BB4 House.
Few more days to go for the grand finale, who willclaim the winner's title? Both are strong contenders but who shall emerge the King of the House for Season IV, surviving so many elimination rounds? Over to you...